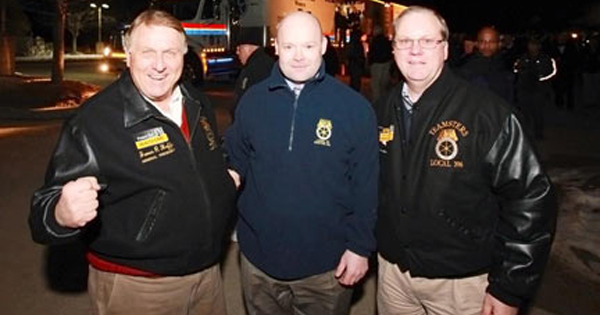 After 70 percent of UPS and UPS Freight Teamsters voted for Teamsters United in the International Union election, Hoffa knew that he needed a new front man at the Package Division and he tapped O’Brien for the job.

In his short tenure, O’Brien took initial steps toward a more aggressive posture with the company.

He publicly announced on the UPS Rising website and Facebook page that Fred Zuckerman should be on the National Negotiating Committee. Hoffa ordered O’Brien’s words be removed.

Hoffa didn’t want anyone leading contract negotiations that he couldn’t control. Now O’Brien is out. UPS and UPS Freight Teamsters need to be ready to fight for themselves.

In a statement today, Teamsters United leader Fred Zuckerman said, “I don't care what side of the fence you were on in the last election. This is deplorable when you remove the lead negotiator because he is willing to stand up for the members and against the company."

Denis Taylor, an IBT Trustee and the principal officer of Baltimore Local 355 was named as O'Brien's replacement. Taylor carried his local by just 13 votes in the IBT election last year, hardly a vote of confidence by the members.

The future of the UPS and UPS Freight contracts will not be decided by Hoffa or his petty political power plays.

It will be decided by UPS and UPS Freight Teamsters. We have the right to vote on our contracts—and we have the power to reject givebacks if we’re organized.

Teamsters United has launched a contract campaign to unite UPS and UPS Freight Teamsters to stand up to the company and win the contracts that members deserve.

Hoffa has once again put politics ahead of the members. The lesson is clear. If we don’t want to be sold out again, we need to organize ourselves.

UPS Freight Teamsters--click here to get involved in the Teamsters United campaign for a good contract.