Taylor still refuses to release the proposed Article 22.4 language, even to local unions. But his memo cherry-picks from the language to craft a sales pitch aimed mostly at Package Car Drivers. 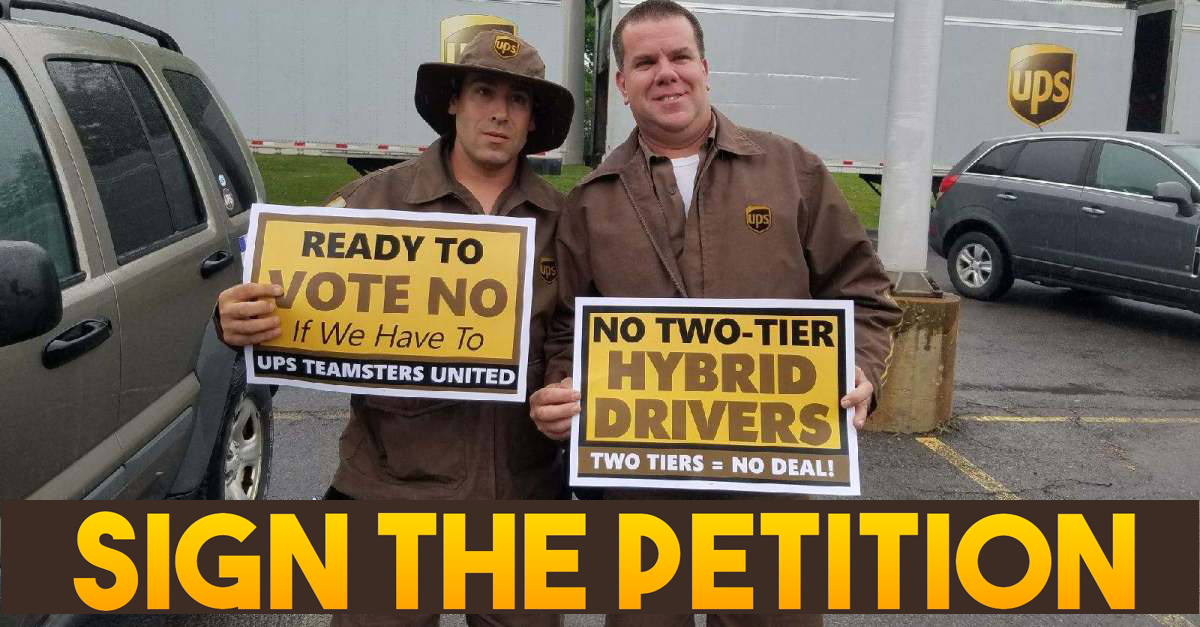 Taylor’s first sales pitch is that current Package Car drivers will work a Monday to Friday schedule. The proposed deal would give the company 18 to 24 months after contract ratification to transition drivers who are currently on a Tuesday-Saturday schedule to Monday-Friday.

The third piece of the sales pitch is that the Hybrid Drivers will reduce excessive overtime by increasing staffing levels during the week.

The last piece of the sales pitch is that Hybrid Drivers will protect our Health & Welfare and Pension Funds by increasing the number of full-time participants.

First, Taylor never explains why we would ever allow two-tier in package. Two-tier means lower pay for Teamsters performing the same ground work. It will inevitably lead to management pitting Package Drivers and lower-paid Hybrid Drivers against each other. Why would members vote for that?

Second, if the goal is to protect drivers from excessive overtime, why did Taylor cave in to the company on 9.5? Under Taylor’s deal with UPS, drivers will not automatically be opted-in to 9.5; there are no tougher penalties for 9.5 violations; you still have to grieve every 9.5 violation to get penalty pay; and management does not have to adjust your load to comply with 9.5. The company could have agreed to these proposals if they were serious about addressing unwanted excessive overtime. They didn’t.

It’s been a week since Taylor reached a tentative deal with UPS.

Instead of issuing sales pitches, Hoffa and Tylor should release the proposed deal so that members can review the details and make an informed decision before they vote on the contract.