Verizon strikebreakers have been thrown out of three New York City hotels thanks to direct action by striking CWA members, solidarity from the hotel workers’ union and Teamsters Local 814. 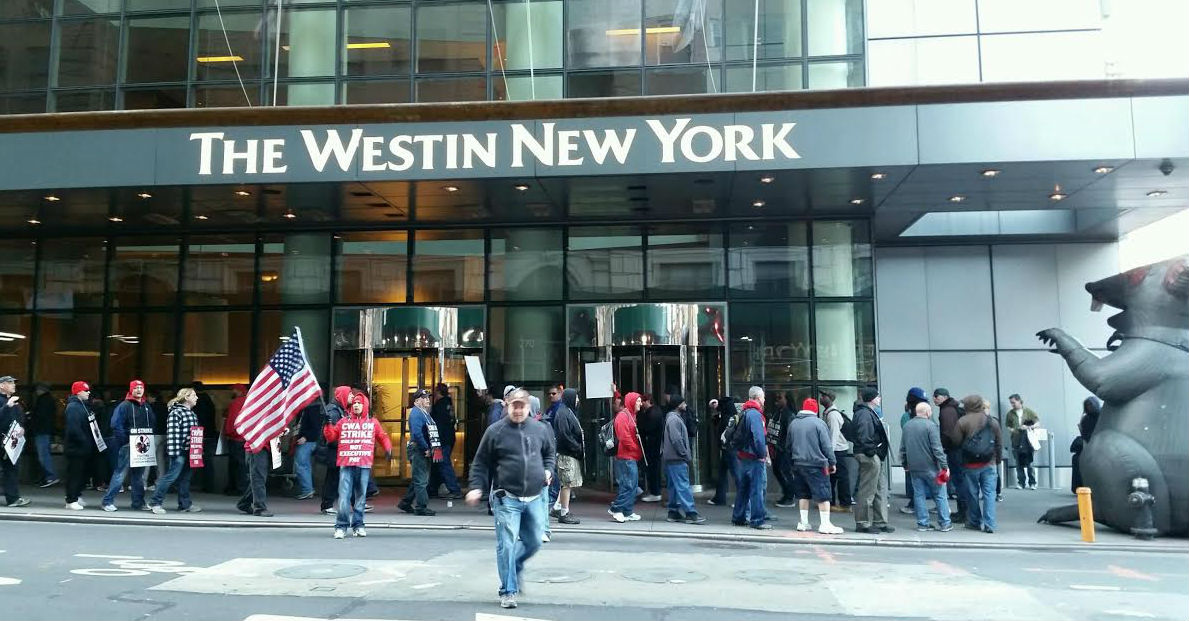 When CWA members found out that Verizon was dispatching strikebreakers out of midtown hotels, the strikers got busy.

The strikers mounted massive picket lines in front of the Sheraton, Renaissance and Westin hotels in Manhattan’s midtown.

The Teamster Local 814 mascot—Scabby the inflatable rat—joined the strikers on the picket line.

The New York Hotel Trades Council backed the strikers too and promised to honor their picket lines.

The hotels cancelled Verizon’s rooms and tossed the strikebreakers to the curb.

Help Verizon strikers beat corporate greed. Go to Stand Up to Verizon on the web or on Facebook.