Hundreds Rally to Save Pensions at the Minnesota Capitol

The Minnesota state capitol was flooded with hundreds of Teamsters and allies to protect pensions and retirement security. 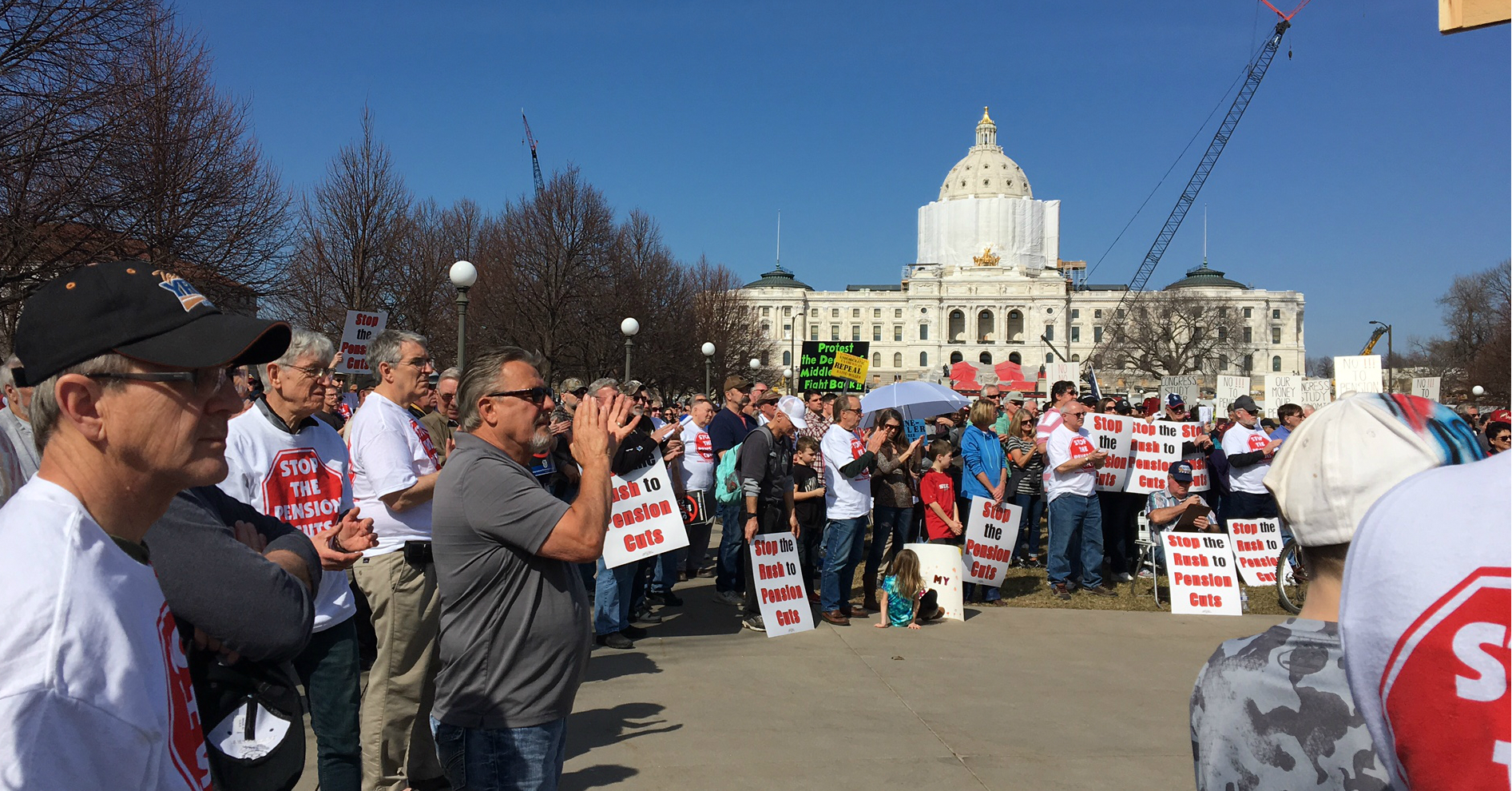 “What happens to you, happens to us,” Rick Olseen, a field representative for U.S. Rep. Rick Nolan, told the crowd.

“We’re here to make it clear that we ... will not allow Teamsters who faithfully paid into Central States to the tune of $15,000 a year to be stuck with a bill because 13,000 companies used bankruptcy and all kinds of financial shenanigans to get out of their legal and contractual obligations,” said Olseen, a former Teamster whose wife is a bus driver with Local 120.

The Minnesota Committee to Protect Pensions will be back in action next month. A protest outside U.S. Rep. John Kline’s office in Burnsville is planned for April 14, the same day thousands of Teamsters head to Washington, D.C., for a rally at the U.S. Capitol. Kline helped change the law that once forbade pension cuts.

Both of Minnesota’s Senators and three Congressmen are in support of the Keep Our Pension Promises Act.