The Hoffa administration has pulled the plug on Teamster organizing among thousands of Florida public sector corrections officers by revoking the charter of Teamster Local 2011. 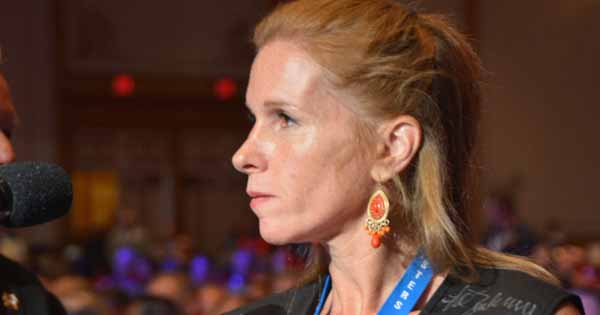 Just days after the May 8 General Executive Board (GEB) meeting, Hoffa conducted a vote by email to revoke the charter of Florida Local 2011.

It was a deliberate act of pure cowardice. Although Hoffa has a big majority on the GEB in his pocket, he delayed the vote until after the meeting to block any discussion there.

“Unity was the theme [at the Unity Conference] but I do not see the unity,” stated International Vice President Kimberly Schultz, as she cast a No vote against revoking the charter.

Kim Schultz took office as the elected president of Local 2011 last September. She defeated a candidate whose nomination papers were submitted via fax by Christy Bailey, Hoffa’s political director and campaign operative.

John Palmer, the other elected IBT VP from the south, stated in his No vote message “Sister Schultz is attempting to rebuild the local union and requests modest financial support from the International to do so. You broke it, please allow Sister Schultz the opportunity to fix it. “

“So much for unity,” Palmer said.

Teamster Organizing and the Birth of Local 2011

Local 2011 was chartered in 2011, after a massive IBT campaign to organize the Florida Department of Corrections, including probation officers such as sister Schultz, rescuing them from poor representation by the Police Benevolent Association (PBA).

Schultz was a key organizer in the drive and Palmer was one of the IBT Organizers who helped lead the successful effort.

The victory among some 18,000 public workers was touted by the IBT and by the Hoffa campaign in its literature. But after the organizing win, the Hoffa administration never put in the hard work of building a union and representing the members.

Instead of hiring corrections officers to run the local union, Wood hired outsiders from a Sheriff’s department that has since decertified itself. Wood never developed leaders from inside among the membership and lost the support of the rank and file. That’s why Schultz and Local 2011 Teamsters United swept the delegate election and the local union election by wide margins.

Seizing on the members’ dissatisfaction after five years of neglect by Ken Wood, the PBA launched a raid 15 months ago in February 2016.

The Hoffa-Wood leadership did nothing to respond.

By the time Schultz took office in September, the decert vote was just weeks away, and the PBA easily won it.

Schultz reported to the GEB that “no money or resources had been provided by the IBT or Joint Council to counter the raid.”

Schultz and other new officers then charted a strategy to rebuild.

Under Florida law, Local 2011 could still represent members in grievances and lobbying, and recruit members. She recruited 110 members in the first few months. The PBA itself has only recruited several hundred.

Schultz just weeks ago won an important arbitration for a member, showing what a minority union can do to prove itself, under Florida law. She is also experienced at testifying before the Florida legislature on behalf of DOC employees.

The IBT spent nearly a million dollars organizing the unit, and now won’t spend thousands to give members a chance to build it?  That’s not unity, that’s not solidarity, and that’s not smart organizing.

Regarding that money, the Hoffa-administration actually claims that members who joined the union owe the organizing money back to the IBT!

In revoking the charter, they told Schultz and the GEB that the local owes the IBT $780,000 for the organizing drive of 2010-2011 – and gave that as a reason to close-down the local.

It seems that Hoffa believes when members join the union, they have to pay the International back for the money it costs to organize.

As he voted no, International VP Avral Thompson, summed it up “Let’s add members, not expel them.” Amen.