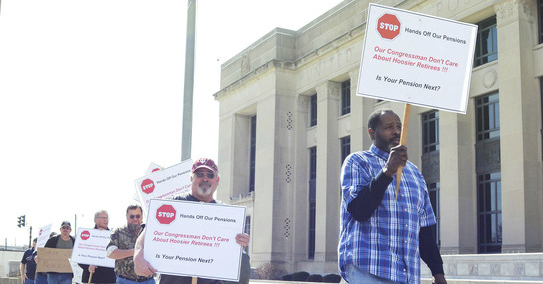 Chanting “hands off our pensions” and bearing signs stating “We earned our pensions,” the crowd of 30 made their voices heard to defend retirement security.

Glenn Nicodemus, a retired USF Holland driver and one organizer of the action, stated, “Teamsters are a kind of canary in the mineshaft, if they can take away our promised pension benefits, other Funds will line up to do the same thing.”

The Fort Wayne rally was the first action in a series of events unfolding in coming days. Actions are slated for Kansas City, St. Paul, Detroit, Columbus, and other locales across the areas covered by the Central States Pension Fund.