Is Pension Protection Finally at Hand?

After seven years of concerted effort by thousands of Teamster retirees and our allies, protection of earned pensions may finally be won. Action is still needed to make it happen. 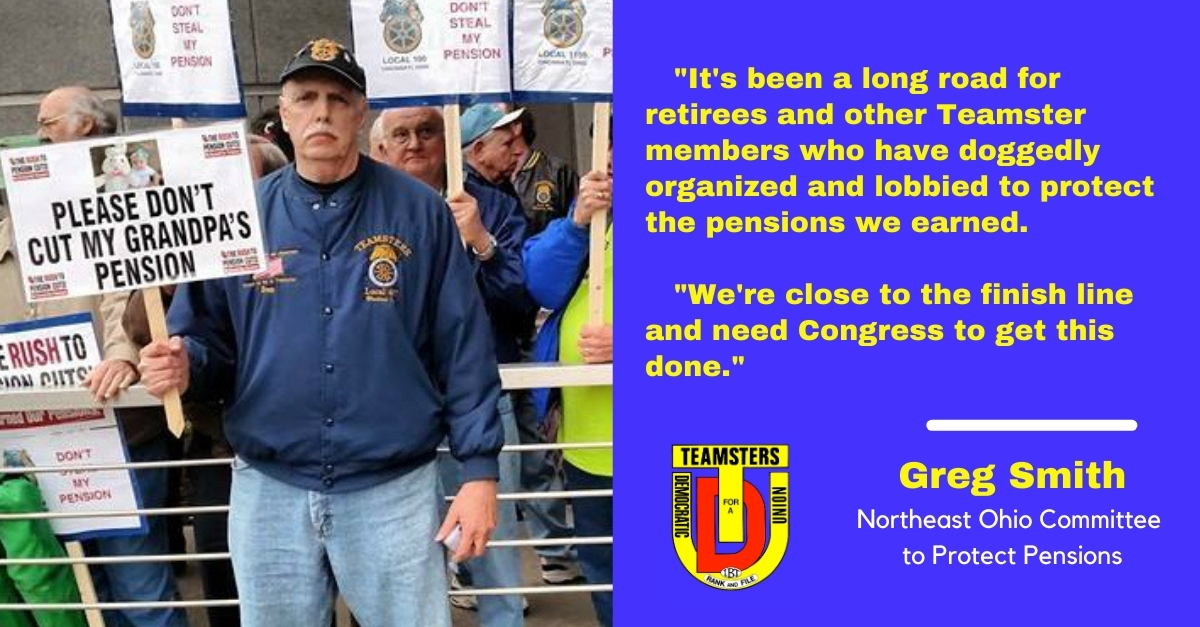 “It’s been a long road for retirees and other Teamster members who have doggedly organized and lobbied to protect the pensions we earned,” said Greg Smith, a retired Teamster and a founding member of the Northeast Ohio Committee to Protect Pensions.

“We’re close to the finish line and need Congress to get this done.”

Over 200,000 Teamsters have pensions with the Central States Fund. Thousands of other Teamsters are represented by a range of multi-employer funds. Some, like the Teamsters Local 707 Fund, have already seen substantial cuts to their pensions, as have members of various other unions. The Butch Lewis Bill addresses these cuts and protects earned pensions.

“The stakes are so high for all Teamsters,” stated Willie Hardy a TDU steering committee member and President of the Memphis Local 667 Retirees Club.

“Our pensions are our livelihood—we earned them. Cuts are bound to have a devastating impact on our lives and our communities. After all this struggle, we may finally get some peace of mind knowing that our retirements are protected.”

The Covid-19 Relief Bill is expected to be voted on in March. Anti-worker forces are pushing back against us.  Pension activists and allies are encouraging Teamsters call their Senators (833-738-0064) or House Representatives (877-311-7162) and ask for support on pension protection. This letter from our valued ally, the Pension Rights Center, lays it out. 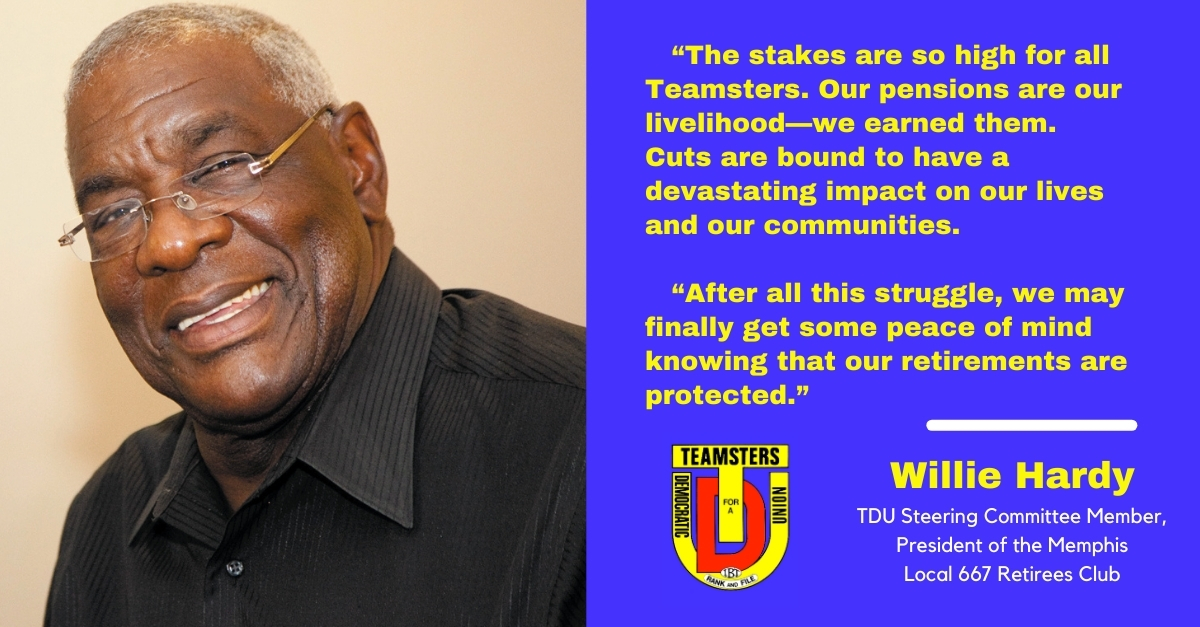