It’s a Sweep! The West Goes for Teamsters United 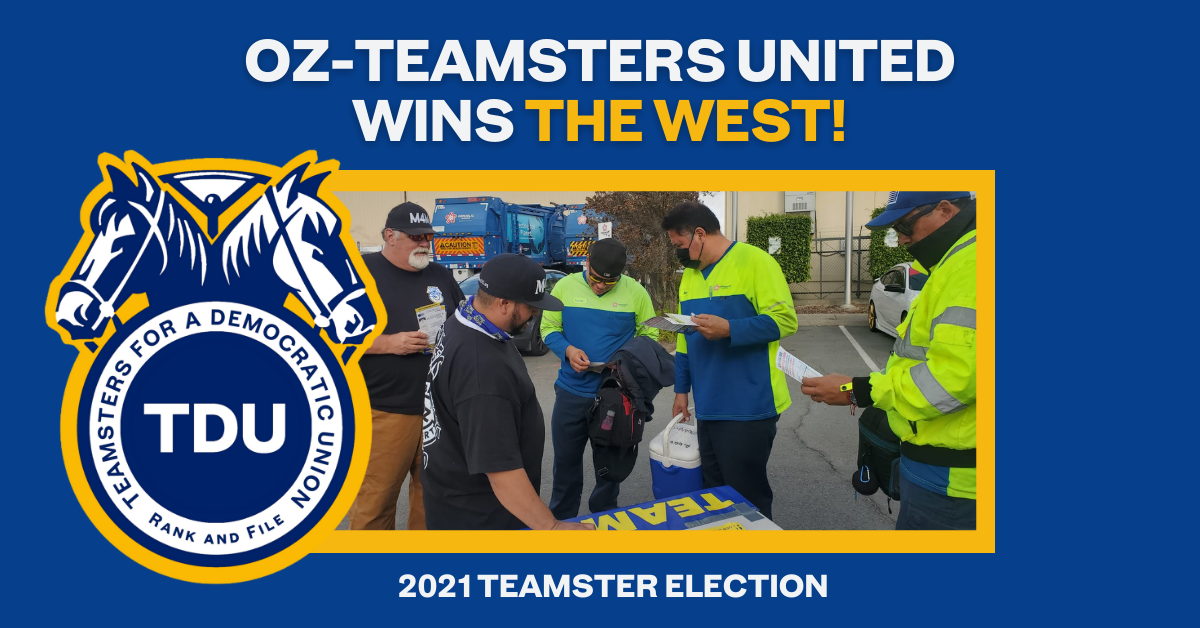 The Vairma campaign leaders thought they would win the west by a big margin. The region is the home base of Steve Vairma, Ron Herrera, and their campaign architect, Rome Aloise.

How the West Was Won

First, members are hungry for a new direction. The vote is a rejection of the business unionism of the Hoffa era. Teamsters want our union to stand up to employers and mobilize the members.

Second, Teamsters United candidates won their locals by 90% or more, and turned out a higher percentage to vote than the Vairma slate candidates. The Vairma candidates carried their own locals by smaller margins and with disappointing turnouts.

Third, the Teamsters United rank-and-file campaign won in some locals even when officials stumped for Vairma, such as San Diego Local 542, Bay Area Local 315, Utah Local 222, and Stockton Local 439.

Rank and file organizing almost beat Vairma candidate Karla Schumann in her home Local 104. And it boosted turnout in local after local.

From Election Win to Union Power

TDU is proud to have been part of this historic win. It’s been a long time coming, and there’s a lot more to do.

“More than five years ago, we started this journey together,” said General Secretary Treasurer-elect Fred Zuckerman. “We Voted No against contract givebacks and now we’ve voted them out. We’re going to rebuild this union the same way we won this election: by uniting Teamsters and mobilizing the rank-and-file.”