Thanks to a generous donor, TDU is launching the James “Jimmy” LaRose Memorial Scholarship Fund in Jim’s honor to help low-income Teamsters attend the TDU Convention.

In January 2021, TDU lost a member and friend in Brother James LaRose. Jim was a Shop Steward at UPS Local 294, and a long-time Teamster reformer. He passed away at the age of 52 after a lifetime devoted to fighting for a stronger union. 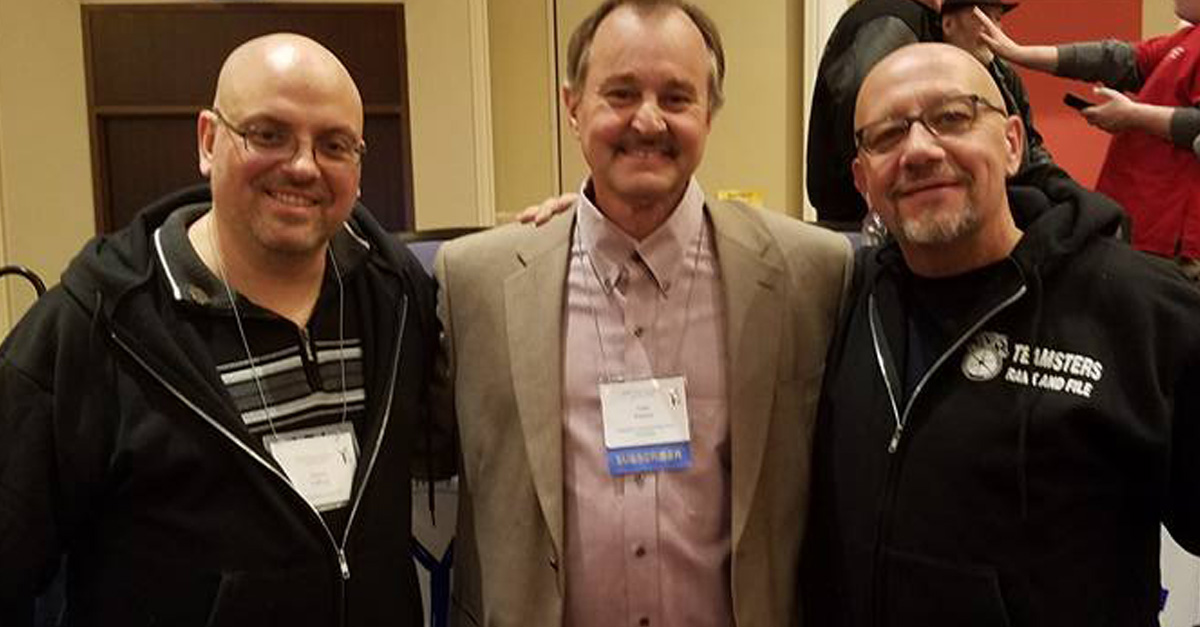 Jim walked the picket line in 1997 at the beginning of his 30-year Teamster career. He was a 22.3 and a voice for part-timers at the Latham hub.

Jim’s Teamster brothers and sisters remember him for his spirit and energy. When he wasn’t bringing the fight to the company on the shop floor, he was out canvassing on organizing drives and political campaigns.

He was a warrior in the reform movement, campaigning across the upstate and Western NY area for Teamster reformers from Leedham to Pope to Zuckerman, and building the Vote No campaign across New York state.

Jim had a passion for union education and activism. He was working towards a Masters Degree in addiction counseling. He attended TDU Conventions and educational conferences and workshops, and worked every day to get new members involved, especially low-wage and part-time workers.

“Jim was my best friend. We shared a commitment to the Teamsters, TDU, and to making our union stronger,” says Tom Schlutow, Local 294 Teamster.

“I am proud to announce we are launching the James “Jimmy” LaRose Memorial Scholarship Fund in his memory, to help low-income Teamsters attend the TDU Convention and get the skills and knowledge to carry the torch for Jimmy.”

Click here to make a donation to the fund.