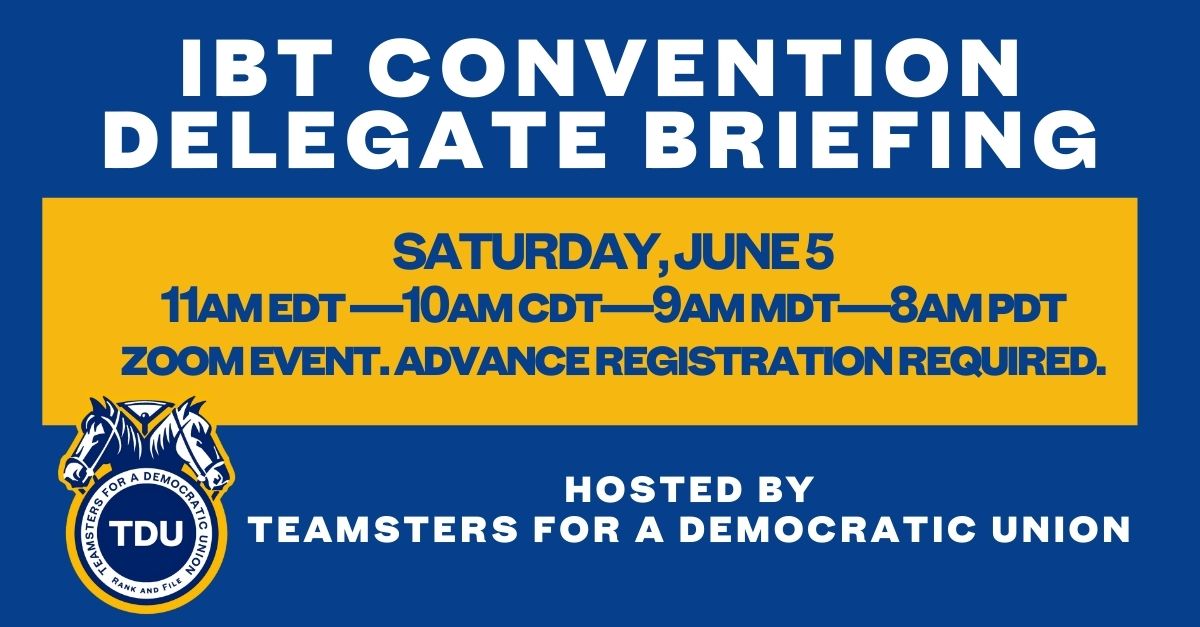 O’Brien-Zuckerman Teamsters United is proposing a platform of amendments to the Teamster Constitution, including banning the Two-Thirds Rules and requiring rank-and-file Teamsters on contract negotiating committees.

Vairma-Herra have attacked these reforms and will be proposing changes to weaken the power of members in contract negotiations.

The outcome of the amendments will be decided at a showdown at the Convention. Delegates will also vote to nominate candidates for International Union office.

The results of these votes will be the first public test of strength between the two campaigns since the accreditation petition when OZ-Teamsters United easily outpaced Vairma-Herrera.

Preparing for the Showdown

All proposed amendments and resolutions must be submitted to a Constitution Committee, appointed by Hoffa, which will convene in June and issue proposed constitutional amendments.

Any constitutional amendments that are not approved by the Constitution Committee can be proposed from the floor of the online Convention.

At the online briefing, we’ll review the procedures for speaking to and voting on amendments and ideas for communication during a remote, online Convention

The briefing for Convention Delegates and Alternate Delegates will be held on Saturday, June 5 at