It’s early in the campaign for Teamster President, but UPS Labor Relations has already demonstrated their support for Hoffa over challenger Tim Sylvester. The independent Election Supervisor detailed the evidence in protest decision ESD-19. 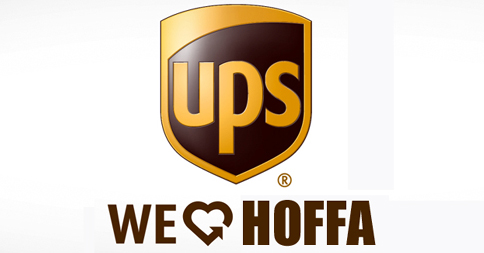 Another case pending before the Election Supervisor will show that another huge employer, Republic Services, collaborated with the Hoffa camp against the Teamsters United team.

Dunkel yelled “I want you to move, now!” despite the fact that UPS had allowed Hoffa campaigners a couple weeks earlier to stand in that exact spot.

This fact was later admitted to the Election Supervisor’s investigator by a Hoffa backer as well as management personnel. When the investigator asked Dunkel why he violated election law and the Rules to favor the Hoffa camp, he had no explanation.

Two other decisions issued in August illustrate intimidation tactics by supporters of Hoffa and International VP Sean O’Brien in Boston (ESD-23), and of one of his supporters in Connecticut (ESD-22).

Sean O’Brien was suspended from office by the Independent Review Board for two weeks in November 2013 for threatening to “punish” Teamsters who ran for local union office. His supporters use the same tactics.

In ESD 23, the Election Supervisor details how stewards loyal to O’Brien in Boston Local 25 threatened and photographed co-workers who signed Accreditation Petitions for Teamsters  United. In ESD 22 it was proven that O’Brien and Hoffa backer Edwin Rooney, the president of Local 191, tried to intimidate members who signed petitions, and did so on union time.

Management and Hoffa supporters have good reason to be afraid. The Teamsters United campaign is building steam.

Teamsters for a Democratic Union is here to assist members in enforcing their rights to organize and campaign for new leadership and a new direction in our International Union.

Meanwhile, the Hoffa-Hall campaign has filed at least nine protests of their own. Almost all have been dismissed with no merit. A couple are still pending. They are filed by David Hoffa (the son of you-know-who), who is paid large sums by the Hoffa campaign to file bogus protests. Anyone donating to the Hoffa campaign should be advised where a portion of your donation goes.