Over sixty retired and active Teamsters met yesterday to form a new committee to fight pension cuts -- and more are in the works. 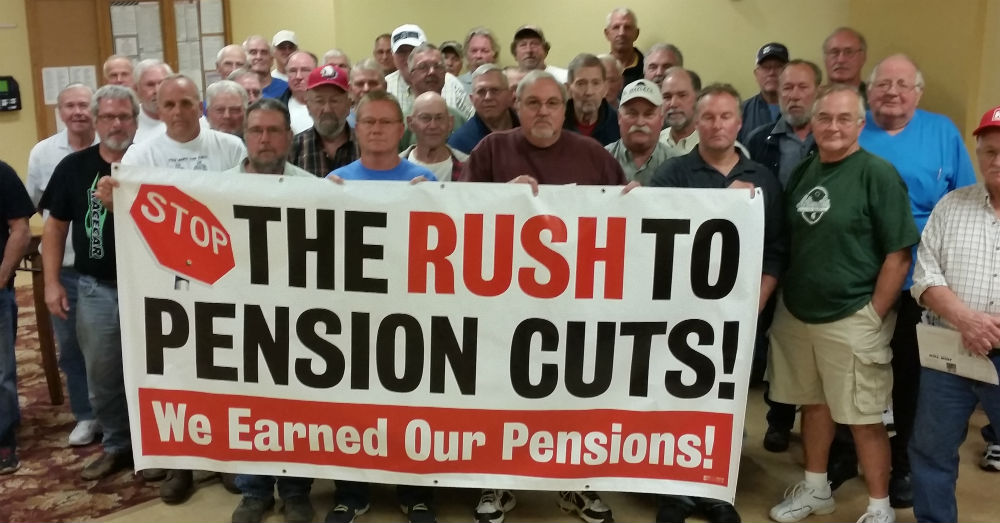 They came to Coldwater Michigan from Ft. Wayne Local 414, Kalamazoo Local 7, former Local 580 Lansing, former Local 164 in Jackson, Local 299 Detroit, and Local 20 Toledo to make plans for fighting the proposed Central States pension cuts.
These Teamsters worked in freight, grocery, warehouse, construction, and other jurisdictions. Many came with the letter from Central States and most were looking at a 50% cut or more.
The discussion was loud and clear. No Teamster is going to accept this cut lying down. The focus was on how to get organized to beat back the proposed cuts.
"We plan to meet next Tuesday and lay out next steps for how to counter the cuts, said Ron Johns a retired CF Teamster. "We want to join the campaign led by the pension protection committees in Ohio, Wisconsin, North Carolina and other states. Our goal is to put pressure on our Congressional representatives to overturn the law passed last December that led to this travesty."
news Pension Crisis
Do you like this post?
Tweet
Get Advice Join TDU Donate