Will 1500 Teamsters strike at the University of Minnesota, just in time for the Super Bowl? Stay tuned. 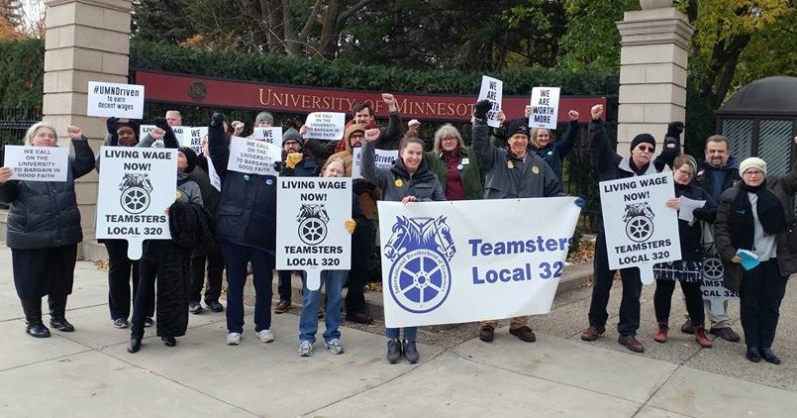 Teamsters who clean, landscape, and service the entire University of Minnesota are standing together for a decent contract. The contract ballots are in the mail on a divisive and inadequate offer from the university; they will be counted on January 23. A potential strike could start on January 26, if the deal is rejected and if mediation doesn’t yield a better offer.

The Local 320 negotiating committee is not making a recommendation either way; the local Contract Action Network (CAN) participants are contacting all the members to urge them to mail in their contract vote.

At the last minute, university management changed their offer, sweetening it to a 2% annual raise in a two-year deal for workers on the top tier, while lowering it to a $300 bonus for all those with less seniority. A classic move to divide and weaken the union.

A strike could have ramifications for the Super Bowl, which will be in Minnesota on February 4, as noted in this news report and in this strong letter of support for the workers from the NFL Players Association.