The UPS Teamsters United campaign has three new contract bulletins that break down Two-Tier Hybrid Drivers and part-time pay. Print them up, pass them out, inform the members, and make UPS deliver. 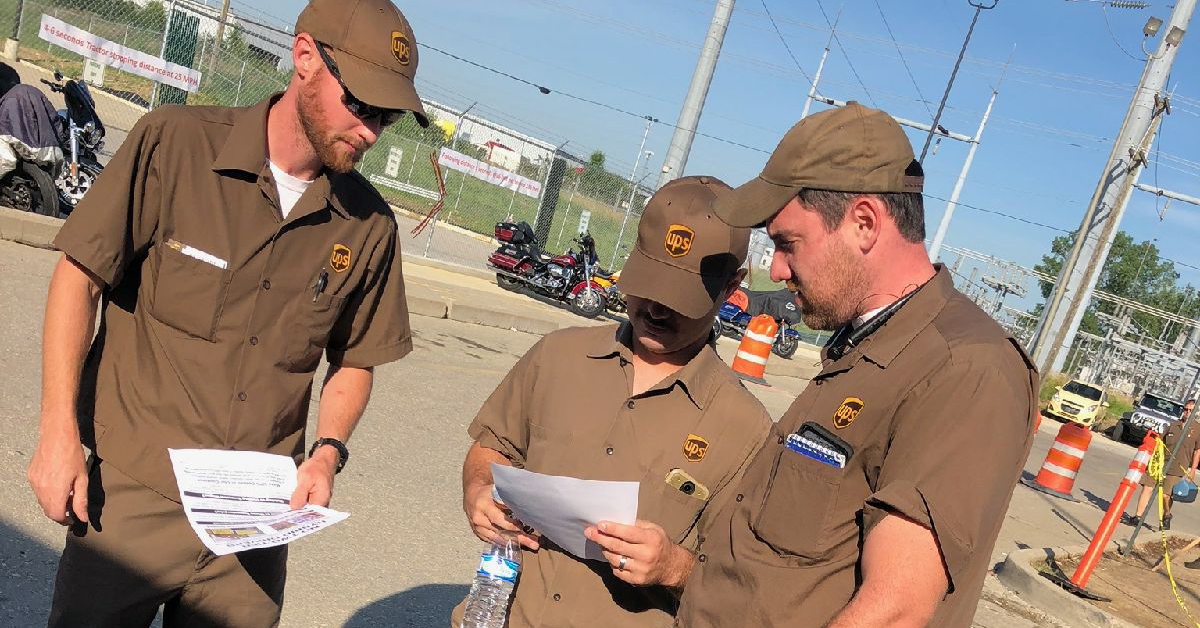 UPS management and Hoffa’s Package Division are gearing up to sell the proposed contract before it’s even been released to the members.

UPS Teamsters deserve the facts about the contract so they can cast an informed vote. TDU members and concerned Teamsters are passing out contract bulletins. Will you help?

Here are the latest updates and bulletins from the UPS Teamsters United campaign. 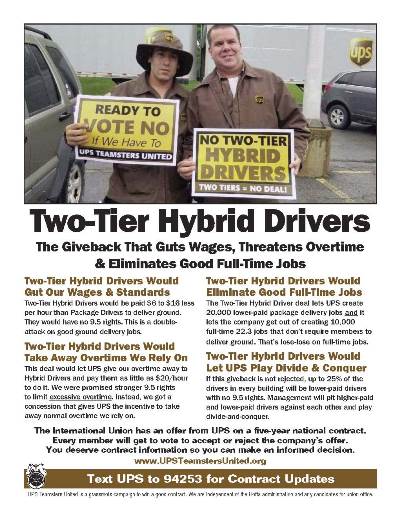 Members were promised part-time starting pay of $15 an hour and catch-up increases that would keep current part-timers above the new starting pay.

But under UPS’s offer, part-timers with three years or less would make just $13 an hour, the same as a new hire. 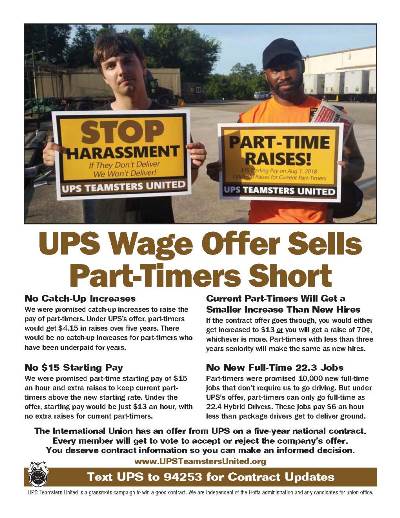 The Two-Tier 22.4 Hybrid Driver giveback is being sold as a full-time jobs creator. 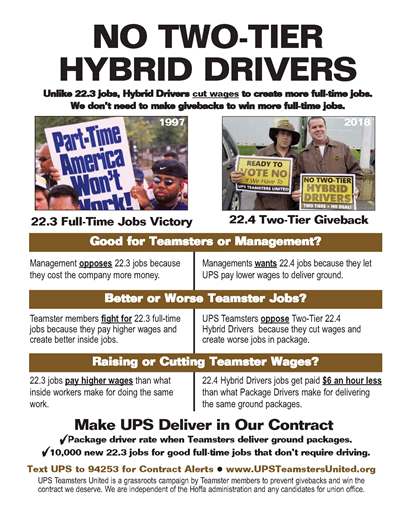