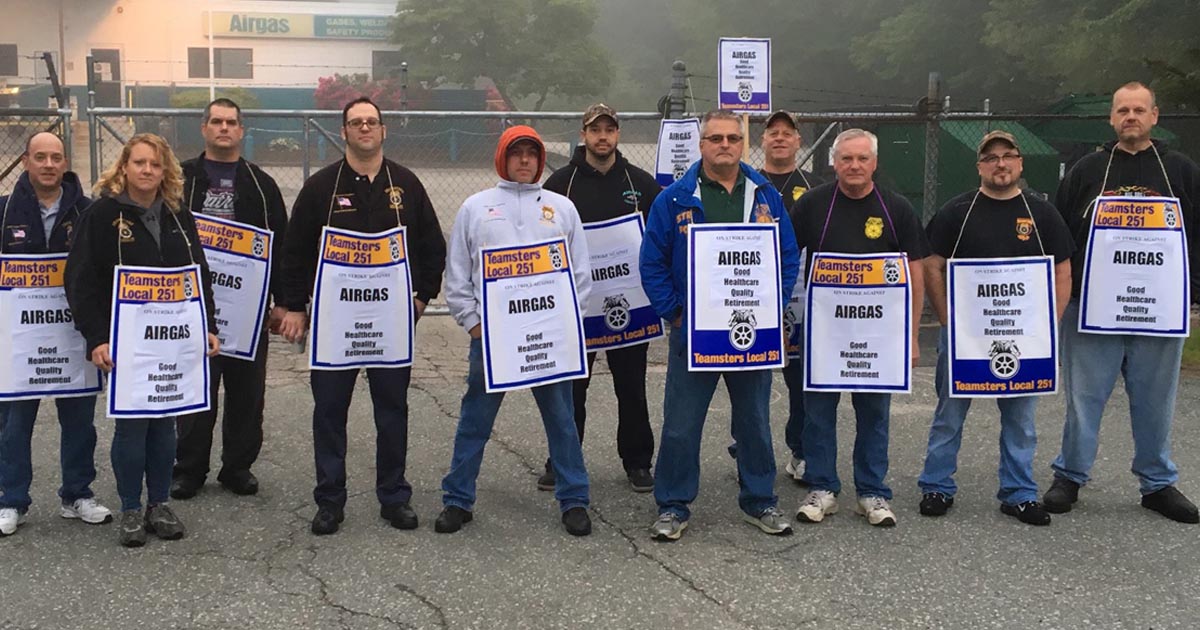 Members of Teamsters Local 251 are on strike against Airgas USA, following the company’s refusal to consider workers’ proposals for Teamster healthcare and pensions.

Airgas and its subsidiaries are America’s largest distributor of industrial, medical and specialty gases.

Airgas’ parent corporation Air Liquide, based in France, is the world’s largest distributor of such gases. The company made $2 billion in profit last year.

Airgas Teamsters are respecting picket lines like this driver from Waterford, Conn. 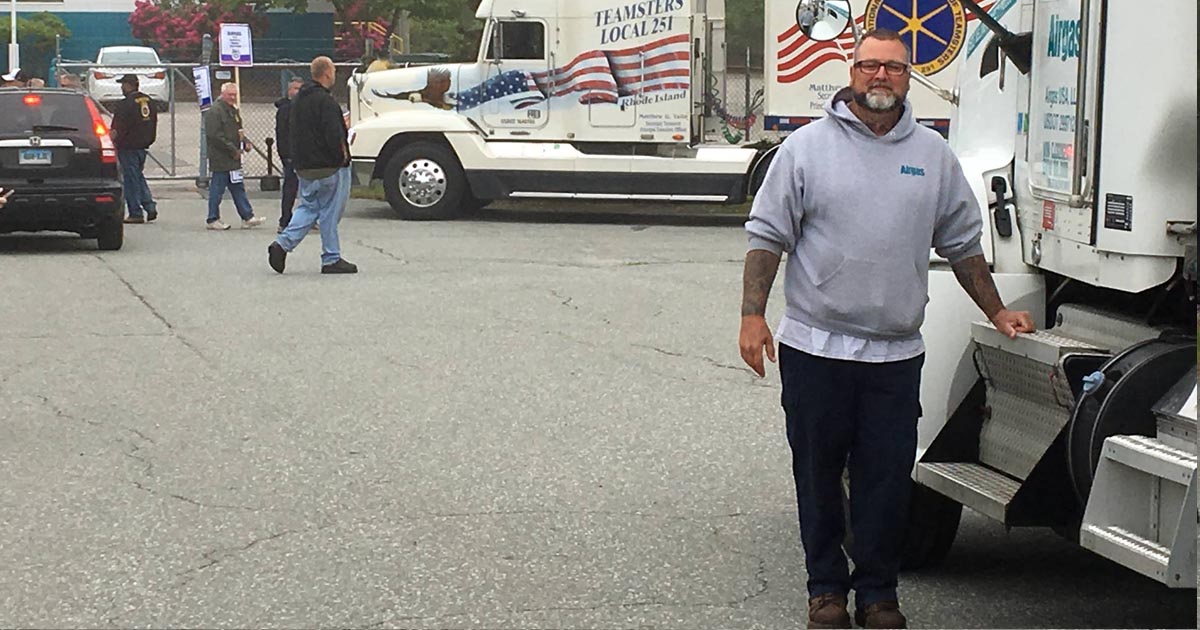 Representatives from Teamsters local unions that represent Airgas workers throughout New England also sat at the bargaining table with Local 251.