Grassroots organizing to save workers’ pensions is literally paying off. The Road Carriers Local 707 Pension Plan received $725.6 million from the Pension Benefit Guaranty Corporation (PBGC) on February 17, and will start repaying retirees right away to restore their cut pensions. 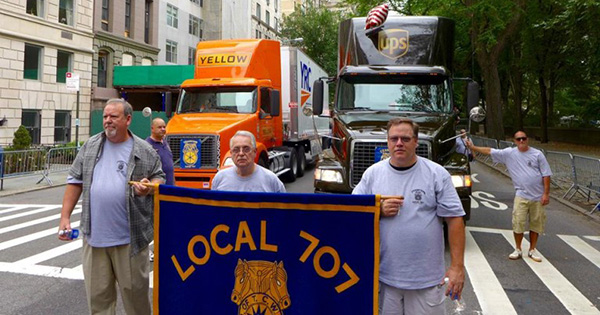 Local 707 retirees had their pensions slashed in 2017, when the pension fund went insolvent.

The plan’s finances collapsed due to the loss of freight jobs in the New York area and because of the drastic cuts in pension payments by Yellow, the biggest employer in the plan.

The New York Local 138 Plan, covering 1,700 retirees and workers in the grocery warehouse industry received $112.6 million on January 18, and will now restore pensions and make whole its retirees. Local 138 merged into Local 802 in the late 1990’s.

The pension restorations in the Local 138 and Local 707 plans are among the first of their kind under the Butch Lewis Act. The PBGC moved the applications of these plans to the front of the line, because their retirees already suffered cuts.

In all, millions of workers will have their pensions protected as a result of the Butch Lewis Act which passed last year as part of the American Rescue Plan Act.