November 11, 2014: Louisville Local 89 and Teamster carhaulers have won a strike victory at Ford, despite getting no support from the Hoffa administration. 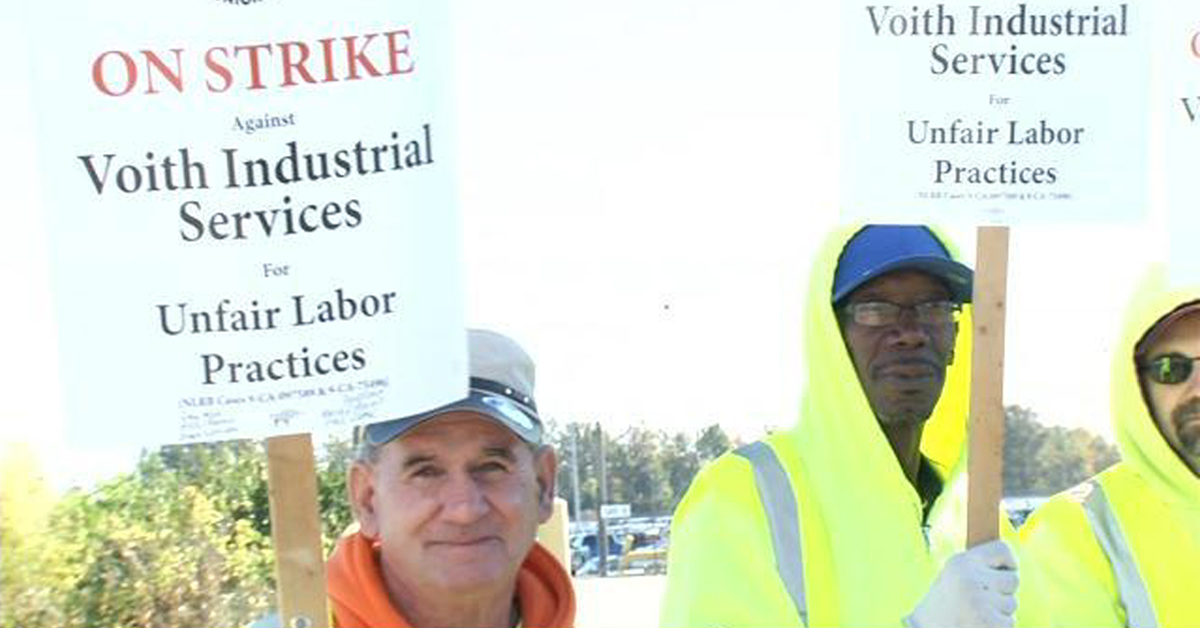 Teamsters who transport vehicles from the Ford assembly plant to the rails in Louisville have won a victory—and they have won big.

Their victory puts an end to a dirty deal cut between Ford and contractor Voith Industrial in early 2012, which dumped 161 Teamsters who made $20 an hour and replaced them with newly-hired workers making $11-$14 an hour.

The Hoffa administration delayed and denied strike sanction to Local 89 and blocked its leadership from negotiating a solution with the UAW.

But that didn’t stop Teamsters Local 89.

First, the local won multiple unfair labor practice charges at the NLRB against Voith. Then Local 89 finished the job on the picket line.

Now 161 Teamsters who were on the original seniority board are returning to work with full back pay, benefits, and restoration of their seniority.

Eighty-four more workers hired by Voith since the dispute began in 2012 will get backpay for the wages and benefits they were entitled to under the national carhaul contract too.

The total price tag could surpass $50 million in backpay and benefits; the NLRB will determine the final figure.

Ford has also severed it relationship with Voith. Local 89 Teamsters will be employed by RCS Transportation going forward.

Congratulations to the Local 89 leadership and members. Their victory shows what Teamster power can be.

One local union and its united members defeat a sweetheart arrangement, save over 200 jobs, with full backpay and benefits.

By comparison, Hoffa’s International Union Carhaul Director did nothing while Ford and Voith teamed up in a similar scheme to put Teamster carhaulers in the street in Michigan.