April 9, 2010: Baltimore Teamsters have suffered some of the worst pension cuts in the country.

Turning that around won’t be easy. But members are coming together to fight for their rights.

In 2008, pension trustees in the largest fund in the local, the Local 355 Fund, blindsided members and cut their pension accrual to zero, freezing their pensions.

Those cuts affected members at UPS, Sysco, U.S. Foods, and many smaller employers.

Earlier this year, Local 355 members found out that the Local 355 Fund was heading into the Red Zone this April.

They are not the only ones with problems. Last year, Local 355 freight Teamsters, who are in a separate fund, found out officials were drastically cutting early retirement benefits.

They flew in pension attorney Ann Curry Thompson to explain how being in the Red Zone will affect members in the Local 355 Fund.

She also gave an update on the new pension legislation before Congress, and how it could help Teamsters in the Baltimore freight pension plan.

“The Local 355 Fund is going into the Red Zone, but it’s not time to panic,” said Ron Reinhardt, a Local 355 retiree who helps coordinate the Maryland TDU chapter.

“It is time for members to get together, pay attention, and get informed. That’s what we’re helping members do.”

Now that the Local 355 Fund is going into the Red Zone, Local 355 officials are prevented by federal law from cutting the accrual rate again.

At the pension meeting, members made plans to go back to their worksites and educate members about what they learned, contact members of Congress about the new pension legislation, request new pension information from the Local 355 fund, and keep building the Local 355 TDU chapter.

“Local 355 members have had some of the worst pension cuts in the country, hands down,” said Kenny Walker, a UPS Teamster, during the meeting.

“Turning that around won’t happen overnight. It starts when members get informed and organized.” 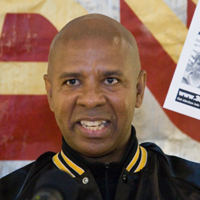 Change Starts When Members Get Informed

“It starts when members get informed and organized.” 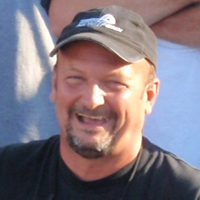 “Unfortunately, our local leaders think it’s OK to keep members in the dark and spoon feed us information only when they see fit.

“We’ve taken matters into our own hands. I’ve been getting the word out at ABF, YRC, and of course New Penn. And we just held a very successful TDU education event.”