February 27, 2009: The Baltimore Local 355 pension is no longer frozen, thanks to hundreds of working Teamsters who took action and demanded improvement.

But Local 355 officials have raised benefits only a fraction of the former amount—and added a penalty for Teamsters who retire early.

On Feb. 18, the Local 355 pension fund trustees announced they are re-instating a modest pension accrual, effective March 1, 2009 through the end of the year.

Last year, Local 355 pension trustees cut the accrual rate to zero and froze the Baltimore pension. That means Baltimore Teamsters earned zero toward their retirement for their past year of work.

Over the past year, hundreds of Baltimore Teamsters signed petitions, passed out flyers and spoke up at union meetings demanding an end to the freeze. Their voices have been heard.

The Baltimore pension is unfrozen, but deep cuts are still in place.

For UPS Teamsters, the new accrual rate is $61.56, for a three-quarter year period. Compare that to the accrual rate before the cut, $191 a year—that’s a 57 percent cut.

The new accrual rate is even lower for Teamsters at U.S. Foods and other companies with lower contribution rates in the fund.

Worse, the trustees have added a new penalty for early retirement.

Currently, UPS Teamsters can retire at age 50. Under the new plan, UPS Teamsters who retire early will take a cut of half a percent for every month prior to age 55. This penalty only applies to pension accrued after March 1, 2009.

That means a Teamster retiring at age 50 under the new plan will lose a 30 percent penalty on all pension accrued after March 1 of this year. Just for this year’s accrual alone, that’s a $221 cut every year, for life.

“My biggest fear is that, over time, this new system will effectively eliminate early retirement,” said Kenny Walker, a Local 355 package car driver. “Many older drivers have enough pension accrued to retire with a decent pension at age 50. But what about younger members?

“Our local needs a plan to raise the accrual and drop the penalty so that younger members can retire with a decent pension at a reasonable age, too. If they have a plan to do that, they haven’t mentioned it.”

At the union meeting in January, Local 355 principal officer Denis Taylor admitted that he made a mistake, when the local pension fund cut members accrual rate to zero last year.

Taylor said that the cuts had failed to fix the problem with the pension. And he complained that many employers were angry at him for cutting their employees’ pension.

When the cuts were first announced, members mobilized.

Hundreds of members signed a petition demanding a Pension Bill of Rights and the right to earn money toward their pension for their work.

Members organized a rank-and-file group, 355 Members United, to coordinate their fight. They launched a website and spread out over the local to push for an end to the pension freeze.

“The members of Local 355 worked hard to beat this cut, and they deserve the credit for this change,” said Ron Reinhardt, a steward at UPS. “We’ve won a battle, but the war isn’t over. We’re going to keep building 355 Members United and fight for a decent pension.”

Chipping Away at Early Retirement 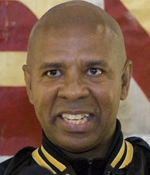 “My biggest fear is that, over time, this new system will effectively eliminate early retirement.

“Our local needs a plan to raise the accrual and drop the penalty so that younger members can retire with a decent pension at a reasonable age.”
Kenny Walker, UPS
Local 355, Baltimore

Members Get the Credit 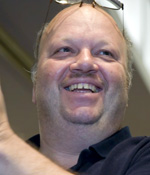 “The members of Local 355 worked hard to beat this cut, and they deserve the credit for this change.

What do you think? Click here to send a comment or question to Teamsters for a Democratic Union.