BLET Members Stop the Latest Attack on the Right to Vote

October 5, 2010: Delegates to the BLET Convention have withdrawn a resolution that would have taken away members’ Right to Vote.

In August, BLET members voted three to one to save their Right to Vote. The first one-member, one-vote election for top BLET officers is scheduled for this fall.

Read the report from the BLET convention below from Ron Kaminkow, a member of Division 51. 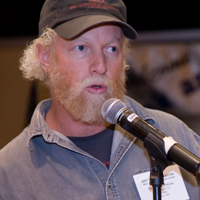 Ron Kaminkow, BLET #51BLET Division 98—the home division of BLET President Dennis Pierce and sponsor of the resolution to bypass the will of the membership and strip the members of the right to a one-member-one-vote election this fall—has withdrawn their resolution to amend the bylaws. The matter now appears to finally be settled. Yes, there WILL be an election this fall for all BLET members to take part in!

In other news, Division #98 has withdrawn another resolution to amend the bylaws that would have made it virtually impossible for the membership to ever conduct another rank-and-file initiative, by making the threshold to trigger such a referendum of the members way too high (I guess they were unhappy that theirs was trounced... so they didn't want anyone else to utilize the procedure that they themselves had just made use of!)

And Harrisburg NS Division #74 has introduced a resolution to amend the bylaws to allow for one-member-one-vote elections for our officers to the General Committees of Adjustment.

The spirit of democracy is flourishing in our Brotherhood (and Sisterhood)!

More news direct from the BLET Convention in Reno, NV. as it develops.