For years, Teamster school bus drivers and escorts in New York City have received substandard wages and overtime pay compared to ATU Local 1181 members who do the same work for the same owners.

Now, Local 854 members at Consolidated Bus Transit are uniting to put an end to their substandard union contract.

Members put forward proposals demanding that Teamsters make the same wages as ATU drivers. They’re also demanding the same overtime rules as the ATU contract, with overtime pay after 10 hours. Teamsters at CBT only get overtime if their split shift spans 10½ hours.

The two-tier structure of New York’s school bus industry is a legacy of union corruption. The Genovese crime family historically controlled ATU Local 1181. The rival Gambino crime family controlled Local 854 and negotiated a substandard contract with friendly employers so they could bid on lucrative school board contracts.

CBT boss Joseph Curcio owns multiple companies that operate out of the same yard performing the same work for the Department of Education—but Teamsters get substandard pay.

The Teamsters Union has made the school bus industry a major organizing target.

Putting an end to second-class treatment for Teamster school bus drivers in New York City will send a message to our members—and to unorganized school bus workers—that our union won’t let employers keep Teamsters at the back of the bus. 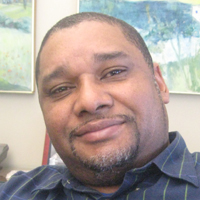