But the winnings always stopped when it came to Local 251 members who work as parking valets at the Casino. Until now.

With their old local union leadership cozy with management, the odds were stacked against them. Teamster parking valets took concessionary contracts that created three tiers of employees.

The lowest tier of workers made just $2.89 an hour (plus tips). If they wanted family healthcare they had to pay for the coverage themselves.

This summer, Local 251 members at the Casino bet that solidarity could pay off—and they won a new contract with higher wages, work rule improvements and affordable healthcare for members and their families.

How They Did it

Then workers took their case to the public. They leafleted the Casino and talked to customers. They launched a social media campaign under the theme “Poverty Wages are a losing bet” that targeted fans of the Casino’s own Facebook page.

Local 251 joined forces with the Working Families Party to launch an online petition telling “Twin River Casino should pay its parking valets a fair wage and provide affordable healthcare coverage for their families." 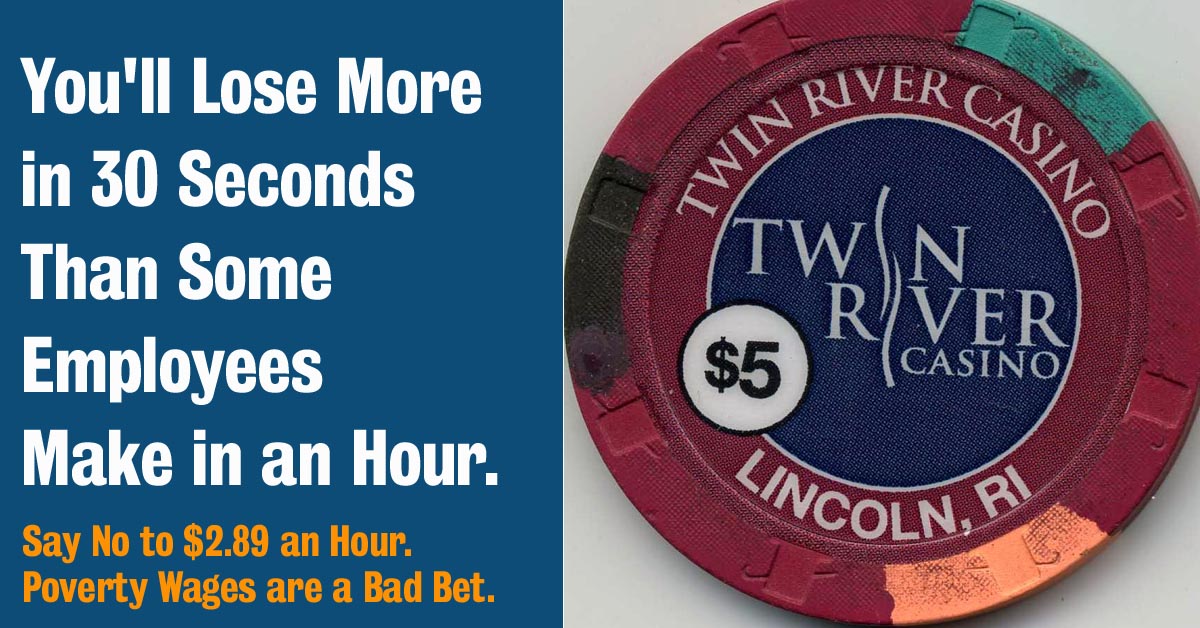 The Working Families Party (WFP) is a grassroots political party of unions and community groups, including some Teamster locals. They teamed up with Teamsters Local 804 in another winning campaign to save the jobs of 250 Teamsters fired by UPS in New York City.

More than 5,000 public supporters signed the Twin River Casino petition in less than 24 hours. The day after the petition was launched, management sat down with the Local 251 bargaining committee and the Casino folded.

The new contract raises wages and delivers affordable family healthcare coverage to workers and their families.

When Twin River management walked into the first bargaining meeting they said, “We like things the way they are.” Members called their bluff. The Casino had nothing. Thanks to rank-and-file unity and organized public support, members had a full house!