Posted on June 28, 2012
June 28, 2012: The International Union should make UPS fill every vacant 22.3 job as a condition of any early contract settlement.
Our contract requires UPS to maintain 20,000 full-time 22.3 jobs and to provide the International Union with a list detailing where each and every one of those jobs is.
But this language has become a joke.
The company has eliminated thousands of 22.3 jobs. They've converted good combo jobs into hard-hard jobs.
Article 22.3 jobs are supposed to be on back-to-back shifts. But management has many 22.3 Teamsters working split shifts.
Teamster locals across the country have filed grievances saying the company has eliminated 22.3 jobs. But the National Grievance Panel doesn't hear the cases. They just get referred back to the locals for settlement.
At the local level, the company claims that the jobs have been moved into another local union and then refuses to provide any information about where the jobs have been moved because they are outside of the grieving local's jurisdiction.
The International Union is of no help. The IBT has no accurate record of how many 22.3 jobs are filled, how many are vacant and where the jobs are.
Contract enforcement is impossible under these circumstances and Teamster members are paying the price. Full-time 22.3 Teamsters are laid off. And part-timers can't get the 22.3 jobs they deserve.
Draw the Line in Negotiations
The company wanted early contract negotiations so they can keep their customers happy. Teamster members have to demand contract gains in return.
The International Union needs to make UPS fill every vacant 22.3 position as a condition of any early contract settlement.
Article 22.3 should be amended to require UPS to provide the International and Local Unions with a regularly updated accurate list of every 22.3 job in the country so that these positions can be monitored and protected.
Teamster members went on nationwide strike—and we won 20,000 full-time 22.3 jobs as a result. Now management is eliminating those jobs and making a mockery of our contract and grievance procedure in the process.
Our International Union needs to draw the line in contract negotiations, win the full-time 22.3 jobs we're entitled to and protect them for the future. 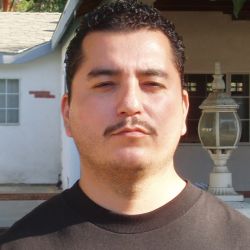 "It's time to win contract language that fills every 22.3 job and protects them for the future.

"We need language so 22.3 Teamsters have seniority, bidding, and overtime rights and part-timers have the right to fill 22.3 positions when someone goes on vacation or comp.

"We are talking about 20,000 Teamsters who have virtually no contract language outlining their rights. That's got to change."