June 1, 2010: OSHA has ordered UPS to pay more than $100,000 for “reckless disregard for the law and complete indifference” to driver safety rights.

John Youngermann, a TDU member and UPS feeder driver out of the Earth City, Missouri hub, won an important OSHA ruling that supports a driver’s right to refuse to drive unsafe equipment.

On April 22, 2010, OSHA awarded Youngermann back pay with overtime and interest and compensatory damages.

OSHA also ordered UPS to pay Youngermann $100,000 in punitive damages for “its reckless disregard for the law and complete indifference to complainant’s rights.”

Youngermann phoned the company to try to get the equipment repaired without success, and finally refused to pull a trailer with inoperable tail lights and side marker lights. He was terminated for his refusal and later was returned to work under the grievance procedure, but without back pay.

Youngermann is represented by attorney Paul Taylor, the co-author of the STAA Handbook, and an expert in such cases.

“I’m really happy we got this ruling for John and all the other UPS drivers this decision is bound to help,” Taylor said.

“Many good employees are willing to work with UPS on safety issues. UPS needs to tap into this potential instead of trying to control outspoken employees and safety committees,” Youngermann said. “This decision is an important step since UPS has never had a procedure in place when equipment is unsafe to move. Instead they try to coerce drivers to move faulty equipment.”

Another important part of this ruling is that UPS must display a drivers’ rights poster in every UPS facility and in its monthly magazine.

To put off paying the damages, UPS has appealed the decision. Members will continue to stand up for safety rights at Brown. 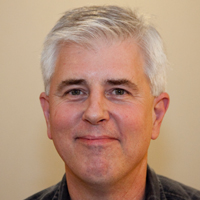 Safety Is Our Right

“UPS has never had a procedure in place when equipment is unsafe to move. Instead they try to coerce drivers to move faulty equipment.”