February 4, 2009: Robert Walston, former president of Local 743, has been charged with conspiracy and drug dealing in connection with the purchase and distribution of 80 kilograms of cocaine.

Walston was indicted on Jan. 22. The alleged crimes happened in 2007, when Walston was president of the big Chicago local, so drug running would have been a moonlighting job along with his union work. 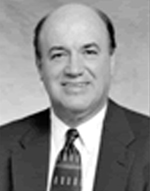 On June 16, 2007, federal agents seized $135,000 in cash from Walston and Victor Matos, one of his alleged co-conspirators. Walston is accused of repeatedly driving and flying to Houston, Texas with large sums of cash to purchase cocaine for distribution. He claimed he was going to use the cash to purchase trucks.

For several years, Walston was not only the president of Local 743, but also an important point person against Teamster rank-and-file reformers. He also used Local 743 funds to hire James Hoffa’s personal friend and campaign spokesperson, Richard Leebove, to produce attack materials against TDU and outspoken members.

In August 2007, two months after federal agents seized the cash, Walston resigned from Teamster office. He turned the reins of the local over to his associate Richard Lopez. Lopez was soon indicted for rigging the 2004 local union election by diverting hundreds of ballots to friends, including employers, and then casting them for the incumbents against the New Leadership Slate.

In Oct. 2007, the U.S. Department of Labor oversaw a fair Local 743 election, which was won by the New Leadership Slate headed by Richard Berg. That closed the book on this unfortunate chapter of corruption in the local union, and opened a hopeful one for Chicago Teamsters.