Teamster members are sacrificing to save our jobs and our union. Why aren’t top officials doing the same?

And our union has been hit hard, too. We’ve lost some 100,000 members and dues revenue is down. Our locals and our International are feeling the pinch.

But a comprehensive analysis of Teamster financial documents shows that instead of belt-tightening, top Teamster officials have bulked up.

Those are the findings of the $150,000 Club Report a comprehensive analysis of Teamster financial documents and officer compensation by the Teamster Rank and File Education and Legal Defense Foundation (TRF), the legal and education arm of the Teamster reform movement.

These numbers should be a warning sign for the union’s top leaders. Instead, all we’ve seen from the Hoffa administration is “What, Me Worry?”

The IBT’s revenues are down too. Per capita dues, which locals pay from members’ dues to the IBT, dropped $6 million last year and is dropping more this year.

Hoffa could have reacted by trimming the salaries of officials at the top. Instead, he has made cuts and eliminated jobs in membership services, organizing and representation.

Hoffa paid multiple salaries to 142 Teamster officials in 2009—no cuts there.

There’s an election next year and Hoffa’s job is on the line. Is he trying to use the power of patronage to buy support?

What We Could Do with the Money

What would happen if our union cut the waste at the very top?

When Hoffa first ran for office, he promised to “cut and cap” official salaries at $150,000. If he had made good on his promise, he would have saved our union over $5 million in 2009.

Hoffa could have cut at the top. Instead he chose to cut representation.

He’s putting personal loyalty ahead of our union’s best interests. 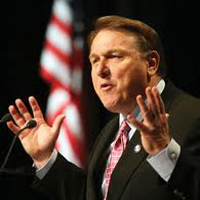 James Hoffa—Total Compensation $362,869, including a lucrative “Housing Allowance” he set up for himself. Instead of freezing his salary or taking a 10 percent cut, he took a Cost of Living Raise. 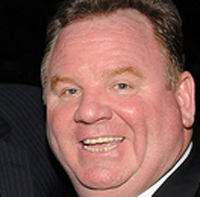 Heads up Local 731 in Chicago, where he made a construction deal which undermined other locals in the Chicagoland area. He settled with Waste Management last year while Milwaukee Local 200 WM Teamsters were on strike—they lost their ability to extend picket lines and then lost their Teamster pension as a result.

Reportedly he is being investigated by the Department of Labor.

Concessions for All (But Me) 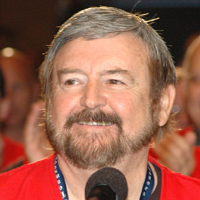 A top freight leader in the Hoffa administration, Cammack has promoted every concession to come down the pike. But he himself took an $18,000 raise last year. That’s a $9 per hour hike—while many of his Local 63 members took pay cuts.