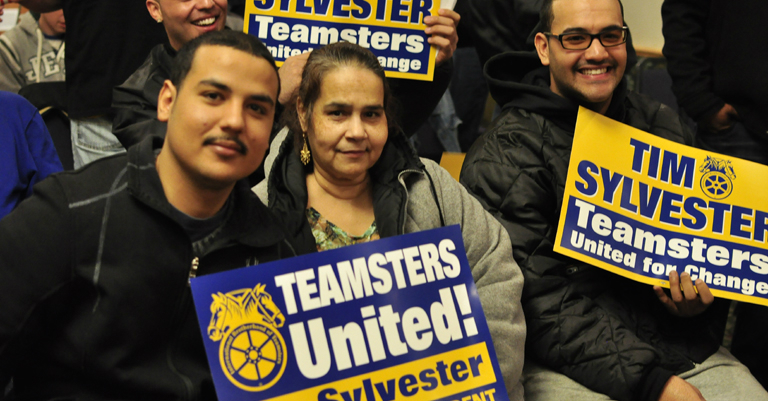 Hoffa has won re-election three times, including  the 2011 election with 60 percent of the vote.  But the key indicators point to a different  outcome this time. Here’s why Hoffa will be  beat in 2016.

From Division to Unity
In the last IBT election, two opposition candidates  ran against Hoffa, splitting the vote.
This time, opposition candidates have built a  united coalition that’s building momentum and  broad support. Teamsters United has been  endorsed by everyone from Fred Gegare, the  former IBT Vice President that ran against Hoffa  last time, to Teamsters for a Democratic Union.
Any splits this time will be on Hoffa’s side.  The Hoffa Slate has already lost Al Mixon, an  International Vice President At-Large and the  head of the Teamsters National Black Caucus.
Teamsters United is more than a slate; it’s a  movement. Campaign rallies and organizing  meetings are drawing crowds. Teamsters are  registering as volunteers and building local  campaign committees.
Biggest Voting Blocs Turn on Hoffa
Hoffa’s support is at an all-time low in the  national contract units, the biggest voting blocs  in the union.
UPS Teamsters rejected a record 18 contract  supplements after Hoffa and Hall gave the  company concessions even though UPS made  $4.5 billion in 2013.
ABF, YRC, and UPS Freight all voted down  their contracts too until the Hoffa administration  forced through weak contracts by “Vote ‘till you  get it right.”
The nearly 300,000 Teamsters who work  under the UPS, ABF, YRC, carhaul and UPS  Freight contracts vote in higher numbers  because their contracts are negotiated by the  International.
Hoffa’s support has never been lower among  these critical voting blocks.
Pension Cuts
Hoffa is presiding over the worst pension cuts  in Teamster history, including in the Central  States Pension Plan where nearly 400,000  working Teamsters and retirees face cuts.
Hoffa’s father built the Central States Pension  Plan; Hoffa is destroying it. The cuts are uniting  Teamsters and retirees in a movement to save  our pensions and to elect Teamster leadership  that will defend our retirement security.
Proven Leaders
Led by General President Candidate Tim  Sylvester, the Teamsters United Slate is led by  Teamsters who are everything that Hoffa is not.
While Hoffa and Hall were making givebacks,  Tim Sylvester and Fred Zuckerman were  uniting members to fight concessions.
In New York, Tim Sylvester was mobilizing  Teamsters to win the best UPS contract in the  country, including a $400 per month pension  increase, new full-time jobs and grievance  procedure reform.
In Louisville, Fred Zuckerman united Local  89 members to Vote No against contract givebacks  at UPS, UPS Freight and in the freight  industry.
With proven leaders in every region, the  Teamsters United Slate is a team every member  can get behind.
Organizing to Win
In a union of 1.3 million members, it will take  about 200,000 votes to beat Hoffa.
Hoffa has a built-in campaign machine of  International Reps and local officials who are on  the IBT payroll. We need to build a campaign  machine of our own, made up of Teamster  volunteers.
TDU has analyzed the local-by-local results  from the last six IBT elections. In every election,  where Teamsters were actively campaigning for  reform candidates, those candidates won.
Winning new leadership and a new direction  for our union is within reach, but it’s not  automatic. We have to make it happen.  Get involved in the Teamsters United  campaign today.
Sign up with the Teamsters United  campaign at  www.teamstersunited.org/updates
Turning Around Low Voter Turnout
Hoffa won 63% of the vote in New  England last time. But he got just 8,600  votes out of 52,000 Teamsters. Our  problem wasn’t support for Hoffa, it  was low voter turnout. 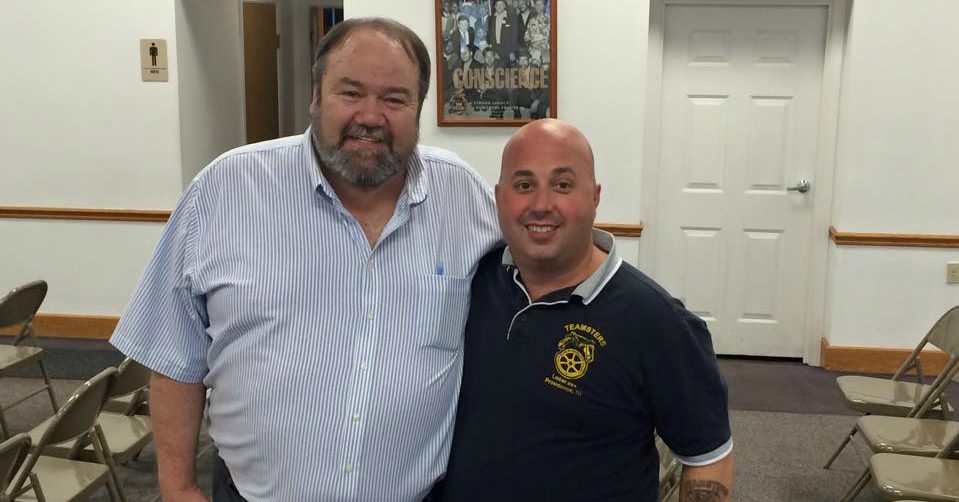 We know how to turn that around.  Hoffa won my local last time with  just 573 votes. Last year, we ran a slate  for local union office and won with  over 1,300 votes, nearly three times  Hoffa’s vote!
We did it by reaching out Teamster to Teamster, explaining the issues and  making sure people voted.
We’ve launched a Teamsters United  campaign committee to reach out to members across New England starting with  the petition drive.
Our goal is 10,000 petition signatures and 10,000 votes out of New England  for Teamsters United.
Matt Maini, Local 251
Business Agent, Rhode Island
news Hoffa Watch Teamster Voice 293 Summer 2015
Do you like this post?
Tweet
Get Advice Join TDU Donate