February 26, 2013: The Hoffa administration has signed on to a joint employer-union proposal to allow "deeply troubled" pension funds to slash accrued benefits, even for Teamsters who have already retired.

This proposal, which could be aimed squarely at the Teamster Central States Fund, comes from the National Coordinating Committee for Multiemployer Plans, a committee of employers, unions and pension plans.

UPS is a prominent member of the group, which also includes several pension funds, employer groups, and some unions.

The group's proposal is to change federal law to allow "deeply troubled" plans, those in danger of going insolvent in the next 20 years, to drastically slash benefits.

These Pension Funds could slash benefits to as low as just 10% above the guaranteed rate set by the Pension Benefit Guarantee Corporation. For a retiree with 30 credit years, that rate is currently less than $1100 per month!

If new legislation along these lines is approved, the Central States Fund could eventually slash pensions by over 50%.

Under present law, that kind of cut in accrued benefits is illegal.

The Teamsters Union, the Central States Fund and the Western Conference of Teamsters Fund have joined with employers and some other unions to back this proposal.

The justification is to avoid having pension funds go insolvent down the road.

This is a worthy goal but the only "solution" put forward is to slash earned pensions.

Solutions Not Bailouts is the title of the full report issued by the pension committee. Many of its proposals are positive and reasonable. But the central proposal could be a dagger to tens of thousands of Central States Teamsters.

Consider the case of Greg Smith, an Ohio Teamster who retired from YRC after 29.5 years with a monthly pension of $3019.

If Central States goes bankrupt, the Pension Benefit Guarantee Corporation would pay Smith a monthly pension of about $1100.

The "alternative" being backed by the Teamsters would allow the Central States to cut Smith's pension to as low as $1210!

"Our union should be fighting for legislation that protects our pensions. We all know that Central States is in trouble. No one expects miracles. But the whole point of having a union is to fight for a square deal. This is just a surrender," Smith said.

It's not too late for the Teamsters Union to change course. The pension proposal is in its early stages. But Teamster members and retirees need to make their voices heard.

Millions of workers, retirees and our families depend on union pensions. Our union should be working other unions and seniors' groups to increase PBGC protections for our pensions, not backing legislation so our own union pension funds can sock it to us. That's not a bailout, it's just common sense. 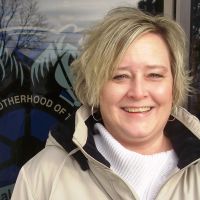 "Hoffa and the IBT need to be fighting to protect our pension benefits, not helping the companies and Central States find ways of weaseling out on what they owe us.

"Changes may be coming but we need a leadership that puts members' first and has a plan for protecting our retirement future and doesn't just bow down to what the companies want."