August 16, 2010: For two years, the Hoffa administration looked the other way while UPS eliminated full-time jobs.

Now Hoffa and Ken Hall are kicking the problem back down to the locals.

For two years, the Hoffa administration has looked the other way while UPS has eliminated thousands of full-time combo jobs in violation of Article 22.3, which requires the company to maintain 20,000 combo positions.

The International refused to hear a single grievance on the issue at the national panel. Ken Hall, who as Package Division Director is in charge of our union’s contract enforcement at UPS, explained his inaction by saying it “wasn’t the right time” to enforce the contract.

Now that Hall has been named Hoffa’s running mate for the 2011 election, he is changing his tune. On a recent national conference call, Hall announced that the IBT is taking action.

His solution? Hall is taking all the Article 22.3 grievances that have wound their way to the national panel back and kicking them back down to the locals.

Hall said local unions are to meet with the company. If the full-time jobs aren’t filled, Hall claims the IBT will move forward nationally.

The International Union has not provided any guidelines to UPS locals. It has just dropped the issue in their lap.

Under an arbitration decision, UPS must maintain a minimum number of 22.3 jobs, but the company gets to decide where to put these jobs. Under this system, only the International, not any one local, has the power to monitor UPS and make sure the company is maintaining all 20,000 positions nationwide.

Hall claimed that, “Many locals report progress is being made and jobs are being restored.” But he declined to mention any locals where this is actually happening. Teamster Voice contacted shop stewards in UPS locals large and small across the country.

None of them reported that their eliminated full-time jobs have been restored.

The one exception is Local 63 in Los Angeles, where the company has reportedly agreed to fill 80 vacant 22.3 positions at the Ontario Air Hub. The actual results remain to be seen. So far, jobs are only being posted a few at a time—and the bids are being filled by members who are already working in 22.3 positions.

Part-timers who have been waiting to bid on these vacant jobs will apparently just have to keep waiting.

If Article 22.3 jobs have been eliminated in your local—through layoffs or unfilled vacancies—now is the time to act. Teamsters at the local level need to do what Hoffa and Hall have failed to do: meet with UPS to demand that 22.3 vacancies be filled.

Hoffa and Hall have kicked this national crisis down to the locals. For now, enforcing the contract and winning full-time combo jobs is up to us. 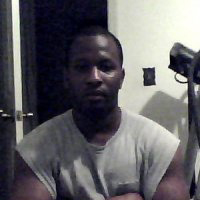 “We have at least ten vacancies that haven’t been filled in Greensboro and the same problem in other buildings in my local.

“Our union and our contract are supposed to be about giving us a better life. We have plenty of members who are willing to do something to make that happen.”