Joining the Fight for $15

April 13, 2015: On April 15, workers will rally, sit-in and even strike as part of a national day of action to fight for $15-an-hour and a union. Teamster members are getting in on the action too. 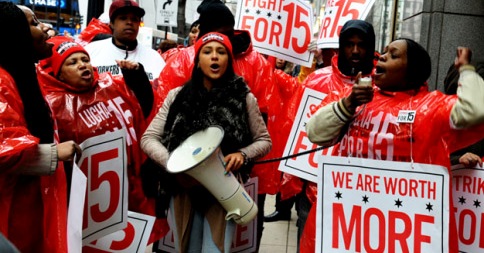 More than 60,000 workers in over 120 cities will rally, protest or strike on April 15 in the biggest national day of action since the movement began four years ago.

Grassroots action has paid off. Walmart raised its wages and will hike them again next year. Starting next February, starting pay will be $10 an hour. That’s still not nearly enough—but it’s good that Walmart is feeling the heat.

Trying to head off bad publicity from the April 15 protests, McDonalds increased the pay of 90,000 employees to $9.90 an hour—but another 750,000 McDonalds workers who work at franchises are not eligible for the pay increase.

Keep in mind, Walmart, fast food and other low wage workers work part-time with no benefits. 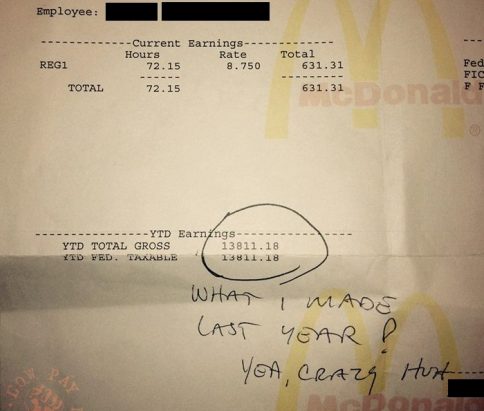 The Fight for $15 goes way beyond McDonalds. What began as a movement of fast food workers has spread to nursing homes, homecare, Wal-mart and more.

On April 15, UPS part-timers are joining the Fight for $15 with “End Part-Time Poverty at UPS” rallies and worksite actions.

Higher wages—and union rights for all. That’s what the Fight for $15 is all about.