May 14, 2010: Hoffa has signed off on a power grab that ousts reformers Richard Berg and Gina Alvarez from office in Teamsters Local 743. But members continue to fight for their local.

“We’re going to use our voice and our vote to make sure Local 743 is a union that puts members first,” said Jean Moore, a member at the University of Chicago Medical Center.

In 2007, the 11,000 members of Local 743 voted the New Leadership Slate into office in on a reform platform. Berg cut his salary by $70,000, reduced bloated salaries and staff, hired professional negotiators, and held union staff to high standards of representation. 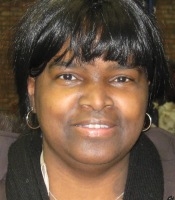 Maxine Norris says Local 743 members won’t go back to the days when union officials just looked out for themselves.In his decision, Hoffa admitted that neither Berg nor Alvarez acted for any personal benefit. He did not cite a single specific violation of the Constitution or Bylaws.

“When the New Leadership Team cut officer salaries and insisted on holding our union staff accountable, this new crew that is making the power grab complained,” said Maxine Norris, a member at Blue Cross Blue Shield. “They’re in it for themselves—not the members. That’s not what we voted for.”

“True unionism means service to the members. These ideas don’t just go away. The New Leadership Team is here today and will be here tomorrow to get the job done,” said Melanie Cloghessy, a member at the University of Chicago.