It’s time to make UPS deliver for thousands of Teamsters who are being denied full-time jobs in violation of the contract.

Until recently, Mary Seumaala was working full-time at Boeing Field in Seattle. Today, this 18-year Teamster is working four hours or less a day.

With her son in the hospital, Mary was moved to an inferior company medical plan for part-timers.

And Mary is not alone. UPS has laid off forty Article 22.3 Teamsters in Seattle—and hundreds more across the country. In all, UPS is short-changing thousands of Teamsters out of full-time jobs.

Under the contract, UPS is required to maintain a minimum of 20,000 Article 22.3 full-time jobs nationwide. But many of these jobs were never created. Other positions were never posted or filled after they went vacant.

This nationwide contract violation requires a nationally coordinated response. Instead the many grievances that have been filed on this issue are being treated on a case by case basis—and getting bogged down in grievance panels.

As usual the company is using the grievance procedure to stall and delay—rather than resolve the problem.

Hoffa Has the Hammer to Nail Down Full-Time Jobs

Fortunately our International Union has a major weapon that can break through company stonewalling and make UPS deliver the 20,000 full-time jobs guaranteed by our contract.

President Hoffa has rightly said that the right to strike on grievances gives our union a “Hammer” when the company is violating the contract and deadlocking grievances to avoid resolving the problem. That is exactly what is happening now.

Earlier this year, Chicago Local 705 invoked a similar right in its contract—and put the company on a 72-hour strike notice. UPS immediately came to the table and agreed to create 200 package car jobs and curb future violations of supervisors working.

No strike was necessary. What mattered was that the company knew that Local 705 was prepared to take strike action if necessary. With thousands of Teamsters being denied full-time jobs, our International Union needs to send UPS the same message.

None of us wants to strike. Fortunately, it is extremely doubtful that strike action would be necessary. UPS is not going to provoke a strike at peak season. But management will continue to drag their feet on grievances and deny thousands of Teamsters full-time work—if our union lets them get away with it.

Deliver Justice for the Holidays

UPS is not just refusing to create full-time jobs; they are rubbing the issue in our union’s face.

Under the contract, the company had until February 2008 to give the International Union a complete list of the 20,000 Article 22.3 full-time jobs. It is almost 2009 and the list that UPS has given to the Package Division is incomplete and includes many full-time jobs that do not exist.

The holidays are here. A recession is on. And our union’s largest employer is denying full-time job opportunities to thousands of Teamsters who have a contractual right to a full-time job.

It’s time to remind top UPS management that we’ve got the hammer and we’re ready to use it.

I Need a Full-Time Job 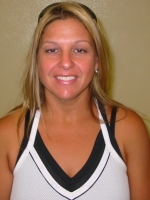 “I’m a single mom with five kids. I need a full-time job.

“Under the contract, UPS has to maintain 20,000 full-time Article 22.3 jobs and they’re not doing it. In my hub alone, there are dozens of vacant full-time jobs that UPS refuses to fill.

“All we want is for the company to live up to the contract and create the full-time jobs we’re entitled to.

“UPS treats this like a game. But this is no game. These are our lives we’re talking about.”