Our Rights on the Line in UPS Contract Talks

Will the new contract address the problems—or will they get swept under the rug?

The International Union announced it will open early contract negotiations with UPS on Sept. 27.

The IBT  has outlined a compressed timeline for talks with just three weeks of negotiations scheduled on operations issues.

Negotiations will be suspended during peak and resume in January with bargaining over wages, benefits and pensions.

Our working conditions are at an all-time low. But the current contract is working just fine for UPS. The company has been able to boost profits and cut costs.

In a terrible economy, UPS is making billions by squeezing more out of working Teamsters through longer hours, excessive loads, production harassment, and using Telematics and GPS technology to monitor (and push) drivers more than ever.

Cutting and combining routes is happening nationwide. Subcontracting is on the rise—in both feeders and package where work is going to the Post Office. Volume is up. But most centers still have fewer routes than they used to.

UPS was making record profits when they negotiated the last contract.

UPS got what they wanted in exchange for giving the Teamsters 12,000 new dues-paying members at UPS Freight.

This year the danger is that Hoffa and Hall will settle short on the contract again as long as UPS throws money into Teamster benefit funds.

The Hoffa administration has made no secret that negotiating money into Teamster pension and health and welfare funds is their priority.

Of course, strong Teamster benefits are a top priority for working Teamsters too! But that's only half the story.

We Can Win a Strong Contract

Contract negotiations took more than a year last time. This year, the International Union is talking about negotiating over operations issues for just three weeks!

The company is happy with an accelerated bargaining schedule. Management always wants more flexibility, but they don't need big changes in the contract. They've been able to have their way under the current deal.

UPS Teamsters do not need to choose between protecting our benefits or negotiating stronger contract language and better working conditions. The company is making billions. It can afford both.

Our union's chief negotiator Ken Hall told the Teamster Convention, "I hope UPS makes $10 billion because the more they make, the more we take when it comes to negotiations."

It's up to Teamster members to hold our negotiators feet to the fire. We can make UPS deliver a strong contract that protects our benefits and improves our working conditions. But we've got to stay informed, get involved and stand united. 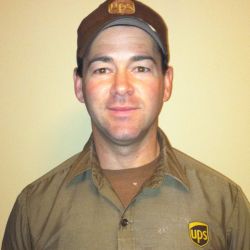 "Drivers are tired of eating dinner at 9 o'clock at night and only seeing our families on the weekends. Understaffing and over-dispatch are the biggest operations problems for drivers at UPS and they need to be addressed in the new contract."

"The volume is there but routes are being cut or combined. In our center, we've gone from 50 routes to 39 in the last three years. That means we only get a guaranteed 3 drivers for eight hour days. We're never going to solve the problem of excessive stop counts until UPS hires more drivers. On a conference call last year, Ken Hall promised the IBT would get UPS to run the numbers and hire more drivers. It's time to deliver on that promise." 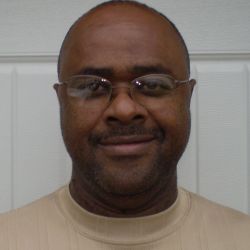 "Full-time UPSers in the IBT-UPS plan have the lowest pension benefit in the country—just $3,000 a month after 30 years. Our National Negotiating Committee can bargain an immediate hike in our pension benefits by changing Article 34 of the contract.

"We've got the numbers. There's 48,000 of us in the IBT-UPS pension plan. We've got to be ready to Vote No on any early deal that doesn't include a fair pension increase." 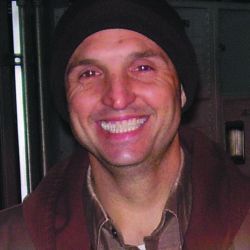 "In the eyes of the grievance procedure, we're supposed to be Innocent Until Proven Guilty except for cardinal infractions like stealing. But the company gets around this language by abusing a loophole in the Central Supplement that counts 'other serious offenses' as a cardinal infraction.

"If you're going to be discharged, it should be in black and white, not a catch-all phrase that's open to interpretation and abuse."

Teamsters Uniting for a Strong Contract

That's what the Make UPS Deliver campaign is all about.

We are UPS Teamsters from across the country sharing information and fighting for the contract we deserve.

Click here to: Get informed. Get involved. Make a difference.