May 7, 2015: The Central States Pension Fund has decisively rejected a proposed deal between the Hoffa administration and the Kroger Co which would pull all Kroger Teamsters out of the fund, without even paying the required withdrawal penalty. 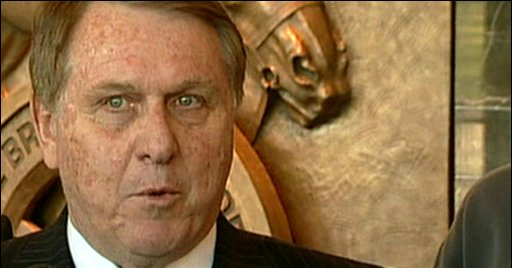 In a letter to the IBT and Kroger, Central States Director Thomas Nyhan pointedly reminds them that federal law requires cash payment of withdrawal liability before an employer can pull out of a union pension fund. The letter details the ways that the proposed deal violates the law, the fund’s Trust Agreement and the Plan Document.

Meanwhile, the IBT is proceeding with the plan to pull all Teamsters working for Kroger and Kroger contractors out of the pension fund. Votes are being taken on the national Kroger contract, covering warehouse operations in Houston, Memphis, Wichita, and dairies in Indiana and Michigan.

Many Teamsters see no alternative but to vote for the plan, in hopes of saving their hard-earned pension benefits. But as more than one Kroger Teamster has noted, pulling out of the union pension fund could be a first step in a plan to bust the Teamsters Union at Kroger.

The IBT’s proposed deal also covers Kroger third-party contractors who operate its distribution warehouses in Atlanta, Louisville, Indianapolis, and Cincinnati, along with other Kroger operations. A detailed memorandum of agreement for these operations actually provides for the employer to pull out of the pension fund in mid-contract. Nyhan’s letter reminds the IBT that the pension fund cannot approve a contract which allows for a mid-contract pull-out.

Nyhan’s letter notes that the pension fund “cannot prevent an employer from withdrawing from the fund if the employer and union are determined to do so” and if the employer pays the withdrawal liability, estimated at $1 billion for Kroger. He seems to be reminding the IBT Warehouse Division and the Hoffa administration that defense of union pensions is a primary responsibility of union officers. At the very least, he is telling the IBT that giving a $1 billion gift to an employer while letting them gut the pension fund stinks.

How will the IBT and Kroger fix this deal? Stay tuned.