August 27, 2013: Workers' pensions are under attack. Chicago's mayor says earned pensions must be cut. Detroit has declared bankruptcy, and Michigan's governor says 21,000 retirees should pay the bill for it.

One of the biggest attacks is aimed straight at Teamster retirees, especially the 211,000 in the Central States Pension Fund. And if corporate America gets away with cutting their pensions, it's going to spread like cancer.

And the worst part is, the Hoffa administration is not fighting back. In fact, they are part of the problem.

It's time for Teamsters to stand up and be counted. All Teamsters and retirees have a stake in this. If you think it's only going to affect the Central States Fund, think again. If our Teamster pensions are not guaranteed, but only a suggestion, then yours can be cut too.

As soon as September, a bill will likely be introduced into the US Congress to allow "deeply troubled" pension plans to cut the benefits of all retirees and cut the already-earned credits of active workers.

The proposal from the National Coordinating Committee of Multi-Employer Plans (NCCMP) is to allow such plans, including Central States, to cut existing pensions in extreme cases to 10 percent over the Pension Benefit Guaranty Corporation (PBGC) limit of about $1,100 per month.

This would remove a basic protection of our federal pension law. And it is being supported by our Teamster leadership and the Central States Pension Fund, along with major employers like UPS, SuperValu and others.

The bill is based on a document called Solutions Not Bailouts. This document has a number of good elements, but the key part of it is a poisonous proposal to slash pensions as a "solution" to the problems of some pension funds.

TDU is joining with others in labor and consumer and retiree advocates who want to make sure our earned pensions are protected.

What Should be Done To Protect Pensions?

Will You Join the Fight To Protect Pensions?

We are forming a Teamster Pension Defense Committee of interested retirees and active Teamsters. If you are willing to be part of the solution, contact us at 313-842-2600 or click here.

We need people willing to write or visit Congressional Representatives, and people who will travel to Washington D.C. when hearings are held, to be present and demand that Teamster retirees be heard. 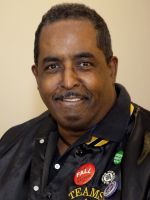 "Corporate America has their sights set on pensions, and right now the cross hairs are on Teamsters. It's high time for us to band together, join with other unionists and concerned retirees, and fight back."