February 26, 2010: For years, Local 854 members in New York City have had substandard wages and working conditions compared to other school bus unions in the city. Now Teamster drivers and escorts are coming together to enforce their rights and demand better contracts and union representation.

Teamsters Local 854 represents some 2,500 school bus drivers and escorts (bus assistants in charge of student safety). For years, the local was controlled by the Gambino crime family.

The mobsters who ran Local 854 have been barred from the union. But Local 854 members continue to work under substandard contracts which are routinely violated by employers.

Some Local 854 members have had enough. They are taking on pay and overtime violations and preparing for upcoming contract negotiations.

“We want our Teamsters contract to be as good as the Local 1181 contract. We do the same work in the same industry and we deserve equal pay and equal rights,” said Juan Carlos Rodriguez, a TDU member at Consolidated Bus Transit (CBT).

Local 1181 members make higher wages. They make overtime after ten hours work. Depending on the contract, Local 854 members can work over a ten to twelve hour spread before they get overtime pay.

Local 854 members are joining TDU and holding workshops on how to enforce their contracts and demand stronger union representation. Now they’re taking action.

CBT Drivers filed a group grievance demanding that the company pay members all of the hours and overtime pay they are entitled to. The contract requires CBT to start paying drivers at their report time. Some drivers are instructed to report to work as early as 6 a.m. but the company does not start paying them until 6:30 a.m.

At Empire Bus Transit, members are also standing up against nonpayment of wages and overtime. The company has refused to pay some drivers a contractually-mandated wage increase since September. At first, the drivers’ shop steward told them they weren’t entitled to the money. But the drivers stuck together and demanded their rights. Now the issue is in arbitration.

Empire drivers have also filed a grievance to enforce all members’ rights to overtime pay. The contract requires overtime pay whenever drivers and escorts work more than eight hours during an 11-hour spread. But the company has not been paying overtime even when employees work more than the 11 hour limit.

“There is a lot of fear and intimidation in this industry and a lot of members don’t know where to turn,” said Pierre Jerome, a driver at Empire. “TDU gives us the information and the support we need to enforce our rights.” 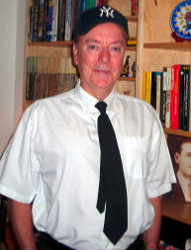 “We want our Teamsters contract to be as good as the Local 1181 contract. We do the same work in the same industry and we deserve equal pay and equal rights.”