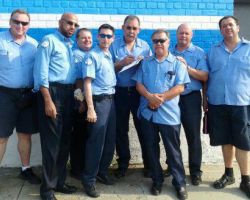 Now, those protections are on the line.

New York City is trying to eliminate rules that protect school bus drivers from pay and benefit cuts, or losing their jobs, when another bus company bids on their work.

School bus drivers across the city went on strike to win these critical Employee Protection Provisions in 1979.

Now, New York City Mayor Michael Bloomberg has successfully lobbied Governor Andrew Cuomo to veto a bill that would have extended the protections. This fall, the Mayor and Department of Education plan to bid contracts covering more than 138,000 students without the provisions.

We'll Fight to Protect Our Jobs

"The Mayor and Department of Education are trying to destroy good union jobs," said Pierre Jerome, a Local 854 bus driver in Brooklyn. "Bus drivers and escorts went on strike to win these job protections and we'll fight to keep them."

Strike votes are being held in Amalgated Transport Union 1181, which represents the majority of school bus drivers, escorts and mechanics.

ATU issued notices to its members about preparing for a possible strike and is circulating a survey to members. A bus company sent out their own leaflet threatening ATU 1181 employees with a 20 percent cut in pay and benefits!

The Employee Protection Provisions were won as a result of the 1979 citywide school bus strike by thousands of members of ATU 1181. During that strike, police drove kids to school in buses used to take inmates to and from Rikers Island jail.

The provisions require the Department of Education to maintain a Master Seniority List of all drivers, mechanics and escorts. School bus companies that win new routes or hire more drivers are required to hire from the List, in order of seniority, and maintain the workers' wages and pensions.

"Without the protections, our work would go to the lowest bidder," said Teamster bus driver and TDU member Juan Carlos Rodriguez. "This doesn't just affect us. This is about the safety of New York City children and our streets. Union drivers and escorts are well-trained and know how to do our job safely."

Teamsters Local 854 issued a notice to drivers and escorts about the threat to the protections, stating the union is "prepared to do whatever is necessary to benefit our members."

But members question whether the union is really prepared. There have been no membership meetings or action plans.

"We need more than talk," said Pierre Jerome. "Our union needs a plan to organize members, build public support, and protect good jobs and safe transportation for the students. This isn't about what's good for this or that bus company, or the Teamsters and ATU—it's about what's right for New York City."

"Without the protections, our work would go to the lowest bidder. 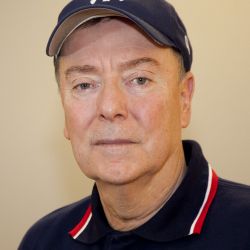 "This is about the safety of New York City children and our streets. Union drivers and escorts are well-trained and know how to do our job safely." 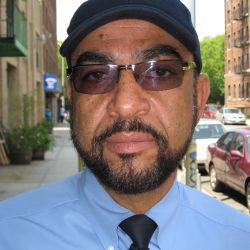 "We need more than talk.

"Our union needs a plan to organize members, build public support, and protect good jobs and safe transportation for the students."