October 31, 2014: Two thousand telecommunications workers are on strike against Fairpoint Communications in Northern New England. TDU stands with them. 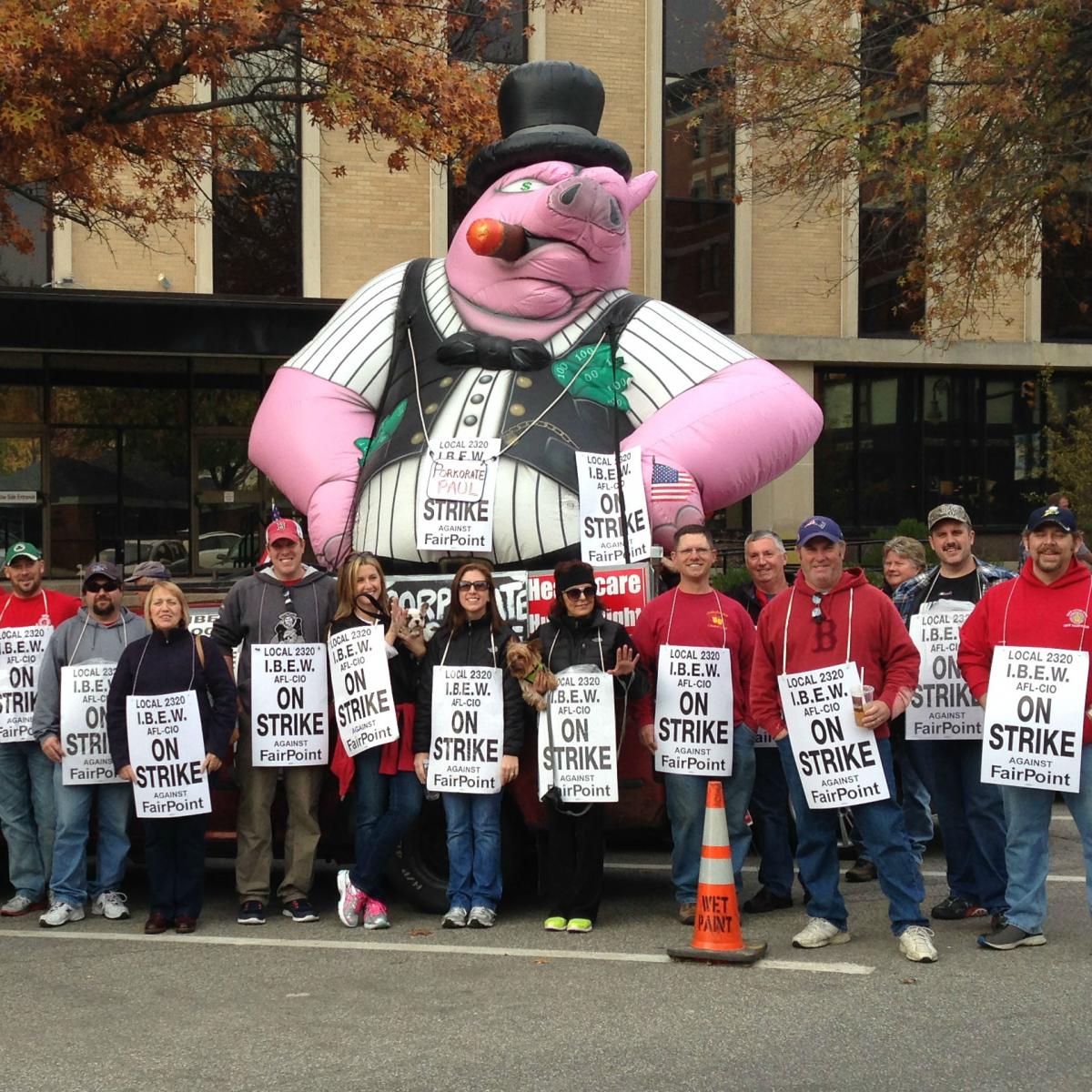 The joint strike was called by the Communication Workers of America (CWA) and the Electrical Workers (IBEW), but it was forced by Fairpoint Communications and the Wall Street hedge funds that are calling the shots behind the scenes.

On August 28, Fairpoint declared bargaining was at an impasse and imposed its final contract offer.

Workers were forced to strike or surrender to a two-tier wage system that would pay nearly minimum wage to the lower tier, the elimination of defined-benefit pensions for future hires, a freeze on pension contributions to current employees, and higher health care costs.

The hedge funds that own the company are trying to impose these massive concessions to make Fairpoint more attractive to possible buyers, union negotiators told Labor Notes. 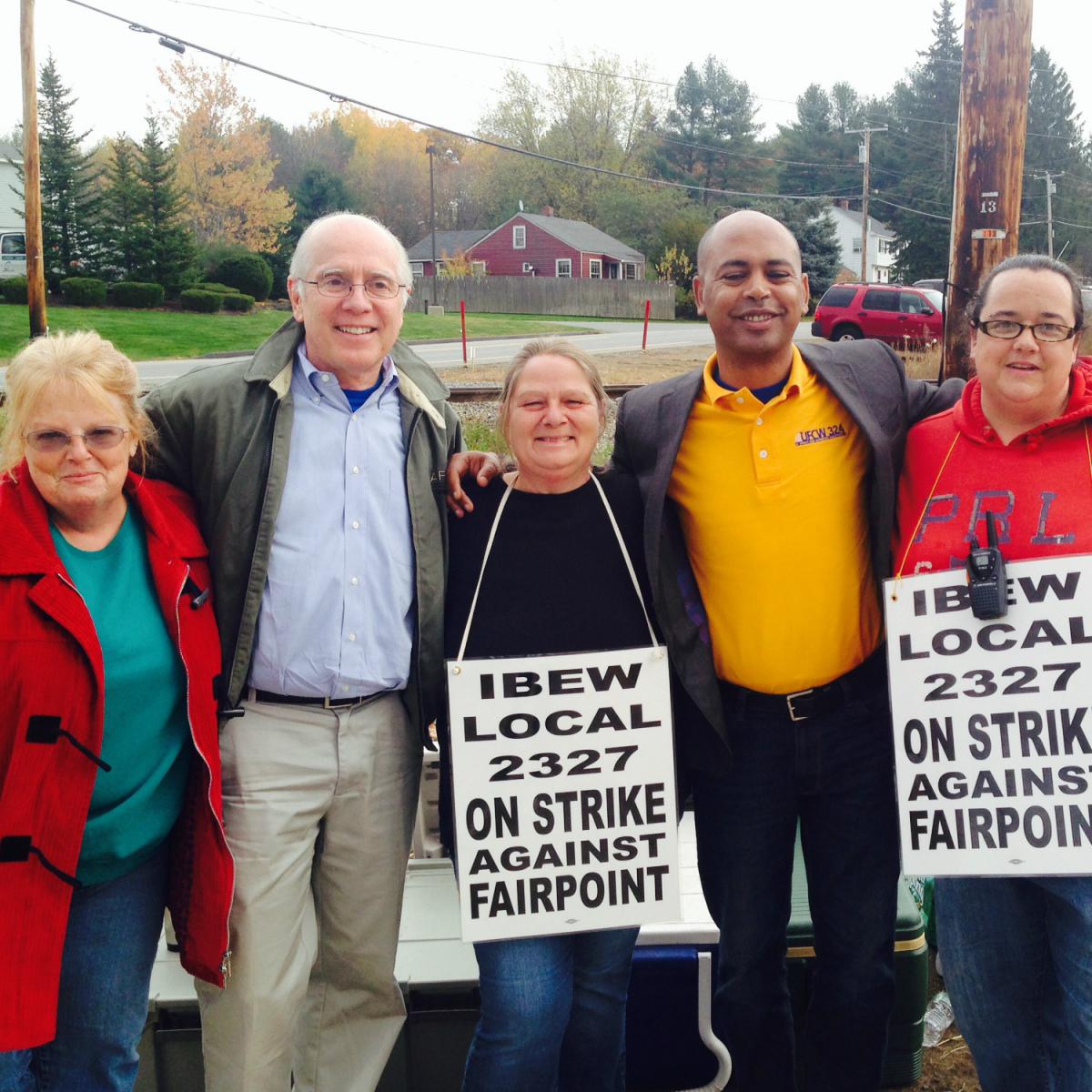 The two thousand strikers work in Massachusetts, New Hampshire, Vermont and Maine. Most of them belong to the IBEW; 300 strikers are members of the CWA.

Job security is a huge issue.

Fairpoint promised to create at least 675 jobs in Maine, New Hampshire, and Vermont when they bought the network from Verizon. But the company has cut its workforce by almost 22 percent, outsourcing jobs in violation of its promises and its union contracts.

Labor and the community are showing their support and building for a rally against Fairport Greed in Portland, Maine on November 2.

For more information, go to www.FairnessatFairpoint.com or the facebook page Fairness at Fairpoint.