Teamster members are paying a high cost for the pension concessions negotiated by the Hoffa administration.

Hoffa’s decision to let UPS pull out from Central States saved the company billions. It also locked tens of thousands of Teamsters into a substandard pension.

UPS was making record profits when Hoffa gave the company these historic concessions. Three years later, where do we stand?

Teamster pensions are at a crossroads—and the next few years will be critical to the future of our retirement security.

Will our union execute an Action Plan to win good, secure union pensions—and strengthen benefit levels across the board?

Or will UPS and other employers continue to slash their benefit costs while working Teamsters pay the price?

The Pension Comparison Chart shows the range and variation of benefits of the great majority of pension plans covering UPS Teamsters.

While this information pertains to UPS Teamsters, most of these funds cover other Teamsters as well. The cost of an employer takeover of Teamster pensions is clear.

The UPS plan covers 44,000 Teamsters in the Carolinas and the Central and Southern Regions—nearly half of the company’s full-time workforce.

UPS paid $6 billion to pull out of the Central States Pension Fund. But the company will make up those billions—and save billions more—by paying lower pension benefits and making smaller pension contributions into the company plan.

UPS and the International Union officials keep it secret from the members exactly what the new UPS plan costs the company. But it is less than half of what the company has to contribute to union plans.

If a Teamster in the UPS plan works temporarily for a union, the union only has to pay $25 a day to maintain that member’s pension contributions. That’s $3.12 per hour—compared to hourly contributions of $7 to $8 an hour in Teamster funds.

No wonder Teamster plans pay superior benefits! In all, UPS is saving more than $450 million a year through reduced contributions.

Those savings will increase every year, especially if UPS is able to keep pension benefits for half of its workforce at a substandard level.

When the UPS contract comes up for negotiation in 2013, management’s UPS Plan, with its $3,000 a month benefits, will be their benchmark to try to lower their costs and our benefits.

Teamster members want good pensions and they want pension security. Our union needs an Action Plan to achieve these objectives.

We need to draw the line against employers pulling out of our pension plans—and to organize new employers into Teamster funds. Hoffa’s decisions to let UPS pull out of Central States and to allow UPS Freight to stay out of Teamster funds are monumental mistakes that can’t be repeated.

We need to step up the fight to win federal legislation to protect the earned pensions of all workers. This will bring a good measure of security to Teamsters in the Central States Fund, which is in trouble in part due to the UPS pull-out.

And we need to go on the offensive in bargaining to secure the good pensions, with early retirement, that Teamsters need and deserve.

The future of our pensions and Teamster retirement security is on the line. We need a new direction and a plan to win. 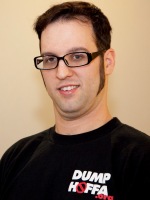 Race to the Bottom
“In our last contract, Hoffa’s concessions saved UPS billions in pension costs.

“But instead of delivering pension security to UPS Teamsters, it created a pension divide.

“We need to bring everybody up or management is going to pit us against each other in a race to the bottom.” 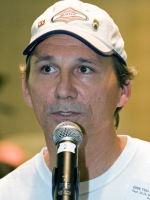 We Did Our Part
“When it comes to our pensions, we’re fighting to preserve what we already earned.

“With every contract, we took a lot less in wage increases to free up money to cover our pensions.

“We did our part. Now, we need our union to protect the pensions we earned.”