March 2, 2009: Teamster movers in New York Local 814 work for some of the deepest pockets in the city: Fortune 500 companies, Wall Street banks and the U.N. But you’d never know it by their recent contracts.

Givebacks have gutted members’ pay and benefits and divided the membership into tiers that are pitted against each other.

“Our contract negotiations next year are make or break for us. If we’re going to put an end to the concessions and return our union to sound footing, we’ve got to do things differently,” said Local 814 Teamster Walter Taylor.

That’s why Local 814 members have launched a campaign to win the right to elect their bargaining committee and institute other reforms that would change the way Local 814 negotiates contracts.

The new bylaws would:

Last year, Local 814 members put these principles into place in a successful, year-long rank-and-file contract campaign at Sotheby’s Auction House. As a result, they put an end to concessions and won their best contract in more than a decade.

“The members at Sotheby’s have shown that it’s possible to reverse givebacks and win a strong contract when members prepare early and get organized,” Taylor said. “It’s time for us to do the same thing in moving and storage. This campaign to change the local union bylaws is a first step.”

Petitions supporting the changes will be submitted at the March membership meeting. A vote will be held at the fall meeting. 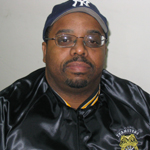 “Our contract negotiations next year are make or break for us. If we’re going to put an end to the concessions and return our union to sound footing, we’ve got to do things differently.”
Walter Taylor, Local 814
New York