April 4, 2011: TDU interviewed TDU members who are mobilizing against the anti-union attack.

WISCONSIN
Our Labor Movement Is Reignited!

“I never thought I’d be part of this kind of labor history in my lifetime. 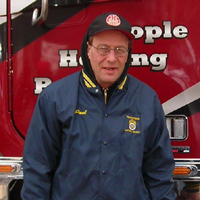 “It was great to see public workers, Green Bay Packers, purple haired punks, management people, firefighters and cops on the same picket line, along with Teamsters (old guard and TDU) from all over the country.

“When even EMTs and police take a pay cut, guess who’s next. Now you’ll see how trickle down really works and you won’t have to wait long.” 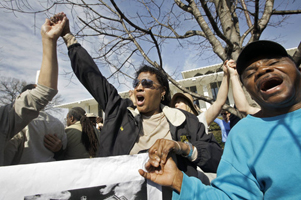 Public and private workers came together for a rally in North Carolina for workers’ rights to organize, including Local 391 UPSer Nichele Fulmore (above, left).

“Collective bargaining is completely against the law for public sector workers here in North Carolina,” said Nichele Fulmore. “But that anti-worker law hasn’t stopped them from organizing on the jobs and sticking up for their rights. They deserve to have a voice on the job.” 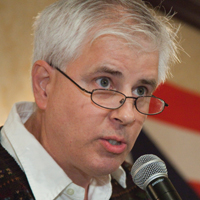 “Corporate America has a plan to destroy our union movement and not just in Wisconsin or the public sector.

“Here in Missouri they’re trying to pass a ‘right to work’ law that would undermine every union in the state.

“Our Local 688 leadership has worked closely with other unions and supportive state Senators and Representatives to counter this attack for now. Teamsters around the state need to be organized and at the ready should this legislation come to a vote again.”