UPS Freight: Settlement Talks in the Works on Subcontracting?

July 6, 2012: Multiple union sources report that the International union and UPS Freight management have agreed to delay or shelve the arbitration process for the deadlocked Dallas Local 745 subcontracting grievance. It appears that management and the Hoffa administration are trying to settle the issue prior to bargaining the new contract. Contract bargaining is slated to begin this fall.

At the national panel in June, once again no grievances dealing with subcontracting out union road work were dealt with. They were put on hold or withdrawn. Click here to read the decisions.

This problem has only gotten worse, and should have been dealt with long ago. Many members are now getting their hopes up that the issue will finally be dealt with, starting at the largest hubs.

One report is that management and the union could agree to the subcontracting language that exists in the national UPS package agreement. That may be an improvement, but many feeder drivers will tell you that there is too much subcontracting allowed at UPS even with that language.

The national master freight contract is the best model for language on subcontracting. There are three pages that cover various aspects. The IBT has decades of experience  enforcing this language. It should be the model for the UPS Freight contract. 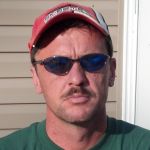 "I want to see every Teamster working," commented Terry Scott, a road steward at the Gaffney, South Carolina terminal and Local 509 Teamster. "As the loads go in and out, Teamsters need to be pulling those trailers. We need clear language that protects our right to that work."

Teamsters at UPS Freight expect no excuses for a substandard contract this go around. They know subcontracting is a blight on our potential union power. All work at UPS Freight terminals needs to be seen as Teamster work.