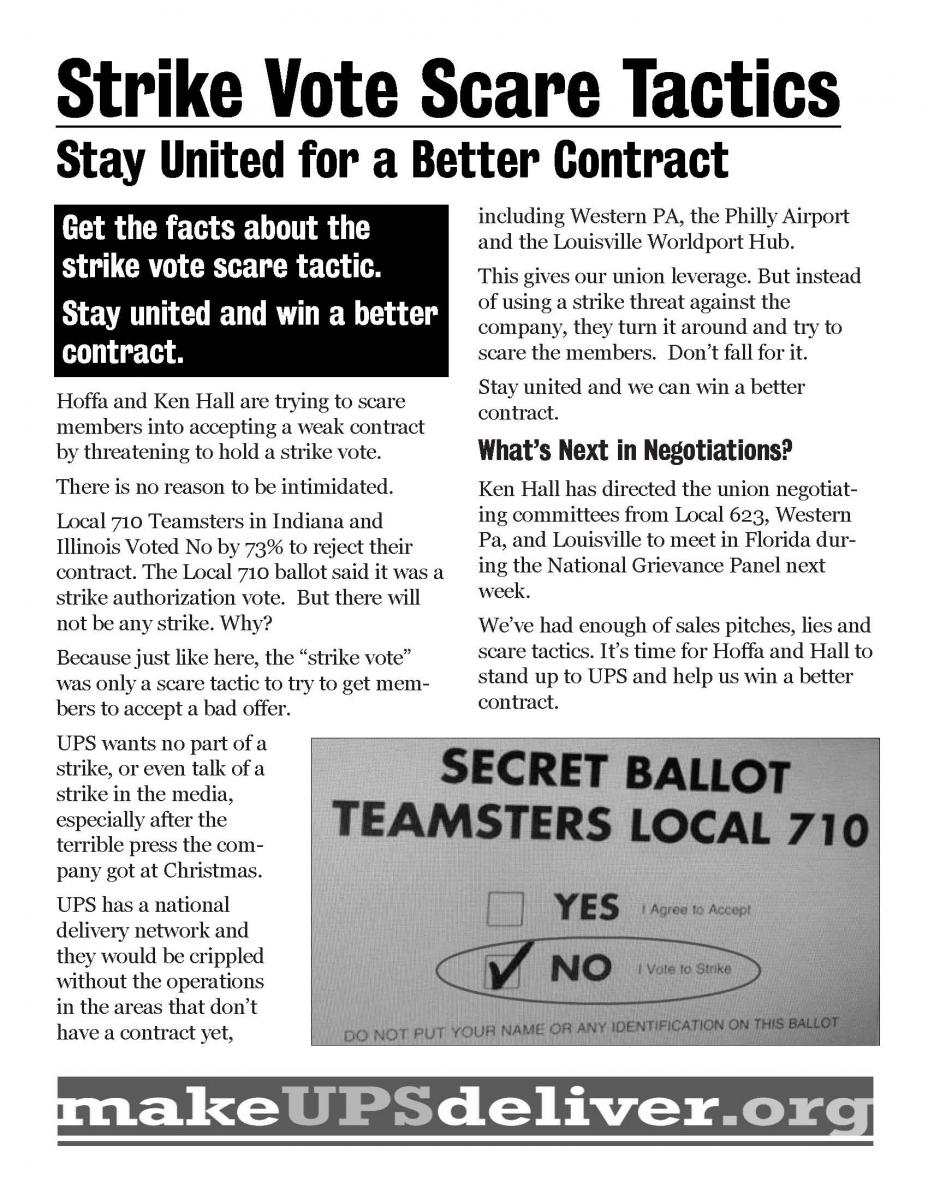 February 24, 2014: The Hoffa-Hall administration is trying to intimidate UPS Teamsters with phony strike votes. But the scare tactics aren’t working.

Last Friday, UPS Teamsters in Local 710 Voted No by 73% to reject a weak contract, which was patterned after the national agreement. The Local 710 ballot stated it was a strike authorization vote. But there will not be any strike. Why?

Because the “strike vote” was only a scare tactic to try to coerce members into accepting a contract they didn’t want. Hoffa and Hall have threatened to use the same scare tactics on the next contract vote in Philadelphia and in Western Pennsylvania.

UPS wants no part of a strike especially coming on the heels of the company’s Christmas season PR problems.

Any strike would be devastating to UPS. Brown has an integrated delivery network and cannot function without the packages that go through Chicago, the Louisville Worldport hub or the Philadelphia Airport Hub.

This gives our union leverage. But instead of using a strike threat against the company, Hoffa and Hall are turning it around as a scare tactic against the members.

The scare tactic didn’t work with the 6,000 members of Local 710, across Illinois, Northern Indiana, and Davenport, Iowa. Now will Hoffa and Hall try the same tactic in Pennsylvania?

Ken Hall has directed the union negotiating committees Western Pa, Philadelphia and Louisville to meet in Ft. Lauderdale during the National Grievance Panel meetings next week to discuss their unresolved supplements or rider, and their outstanding issues.

It’s time for Hall to back up these Teamsters, instead of continuing to use lies and scare tactics against them.