May 22, 2012: The International Union and UPS will start contract negotiations this fall.

UPS Teamsters say if the company wants an early deal, they need to address the problems in the current contract.

Our union contract with UPS does not expire until July 31, 2013. But the International Union and UPS will start early negotiations on a new agreement this fall.

The company walked away with split wage increases, longer progressions, a new substandard pension for Teamsters in the Central Region and South and concessions that cut the cost of part-time labor.

But it wasn’t just the economics. The last contract included weak language that has made it harder to fight production harassment, excessive loads and unfair discipline.

The International Union agreed to a loophole in the technology language that allows UPS to fire employees on the first offense based solely on information received from GPS in cases of "dishonesty." (Article 6, Section 8.)

The company has exploited this loophole, and selectively enforced it, to unfairly discipline drivers.

The International Union also agreed to water down our 9.5 rights, not once but twice—first in the contract and then in a mid-contract side agreement. As a result, over-dispatch and production harassment are bigger problems than ever.

Hoffa and chief negotiator Ken Hall announced last October that the company had agreed to review its dispatches and hire more drivers to match the number of drivers employed when volume was previously at this level.

Clearly that verbal agreement didn’t work. It’s time to get it in writing.

Winning contract language that makes UPS hire more drivers to matching growing volume is the best way to take on the problem of over-dispatch. 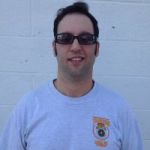 Technology and the 'Dishonesty' Trap

"UPS is abusing loopholes in the technology language and stretching the meaning of ‘proven dishonesty’ beyond reason. The result is harassment, intimidation, and unfair discipline. We need stronger protections as part of any early contract settlement." 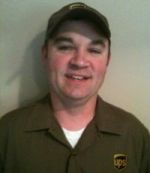 "UPS piles more and more work and hours on to fewer and fewer drivers. Teamsters will do a fair day’s work but they also want a life with their families. The next contract has to force the company to hire more drivers." 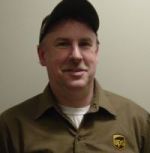 "The UPS-Teamster Plan in the Central Region and South has the lowest 30 year benefit in the country. With UPS making billions every year of the last contract, the money is there to increase the negotiated contributions and get a significant increase on the $3,000. One key demand in the next negotiations has to be to improve the pension."