February 20, 2012: Every UPS Teamster is covered by at least two contracts: the national UPS agreement and their regional supplement. Some Teamsters are even covered by a third agreement: a local rider.

Members have the right to a separate vote on their supplement, as well as a vote on the national contract. TDU fought to win this right; it was put into the IBT Constitution in 1991.

Language on Cover Drivers (Utility Drivers) is all over the map and so are pay rates. Part-time temporary cover drivers in the South make 85 percent of package car driver rate; in the Atlantic Area they’re paid just 75 percent of the package driver rate.

In some supplements, UPS can use low-paid seasonal drivers for six months a year, during peak and during the summer—which helps UPS get out of creating full-time driver jobs.

Language on helpers is even more varied and problematic depending on the supplements.

Teamsters under some supplements enjoy superior rights that should be spread across the country. For example:

The arbitrator’s decision is issued right from the bench—without written briefs and delays. Instead of waiting up to a year to get an arbitration decision, a fired Teamster gets in front of an arbitrator in two months or less. (Note: The Local 705 agreement is independent of the national contract and not a supplement.)

These are just a few examples. Stewards and members are connecting through TDU’s Make UPS Deliver to share ideas about how they can work together to eliminate weak supplemental language and win the best contract language from other supplement.

Have an idea for language that needs to be fixed in your supplement? Want to learn more about contract language in other supplements? Contact TDU today. 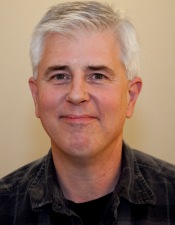 “The Central Supplement has a big loophole that guts Innocent Until Proven Guilty.

“Under Article 17(i), the company can terminate employees for ‘other serious offenses.’ Management uses this as a catch-all phrase to fire people who haven’t committed a cardinal infraction. Article 17(d) allows the company to fire a driver for any accident that cause more than $4,400 in damage.

“As far as I know, we’re the only supplement that has these loopholes. It’s time to close them.”