Members heard from working Teamsters who are getting organized and making a difference in our union.

We reviewed our progress in 2008 and made our plans to build TDU and our union in 2009. 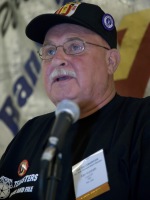 Our new contract was just ratified, but at our terminal, we’ve already started talking about the next one.

I came to the TDU Convention with another member from my terminal, and coming home we’re pulling together a meeting in our local to talk about what we do next.

I look forward to next year’s convention, meeting with all the great Teamsters who come, and continuing our work to win better contracts and a stronger brotherhood.

The challenge is there. I am hopeful that more and more Teamsters will take the challenge and get involved with us.

Learning from Other Teamsters 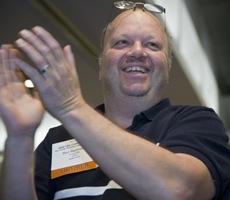 This was my first convention, and the best part was getting to learn from other Teamsters. We found out that members in Local 804 are all wearing their TDU shirts on the same day. Now at my building we’re all going to start wearing our Members United shirts every Thursday.

We’re also going to start a TDU Chapter in Maryland. The convention gave me new energy to go home and build the movement to unite Local 355 members and change our union for the better.

I know we can do it. I saw the proof at the TDU Convention. 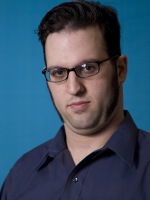 The best thing about the TDU Convention is standing in the room with dedicated Teamsters, and knowing that you’re part of a bigger movement.

I’ve been involved in my union for years, but going to the TDU Convention made me want to get even more involved—and to ask my friends and contacts to get involved in TDU, too. I’m going to spend more time talking to them about TDU, and asking them to join.

Our union needs democracy to make it stronger. The labor movement needs democracy and an active, dedicated membership to improve the lives of workers. TDU breathes life into the Teamsters and fuels the fire against corporate greed. 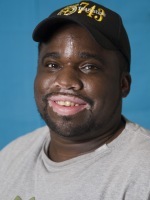 It was great to be at the TDU convention in Cleveland and meet Teamsters who cared about our union as much as I do.

There were folks from all over the U.S. and Puerto Rico.

There were great educational workshops and conversations. When I saw all that experience and commitment, I knew I needed to join TDU and be a part of it.