Will Hoffa Fight for His Job Harder than He Fought for Your Pension? 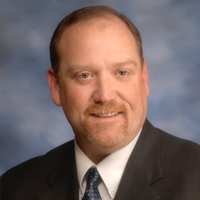 Rusty Monahon, Holland, Local 100, CincinnatiDuring his last campaign, Hoffa filled my mailbox with fancy mailers. He organized rallies, traveled all over the country visiting Teamster worksites, and hired telemarketers to call us at home.

It was an all-out push, and he spent over $3 million to get re-elected.

When was the last time Hoffa did anything like that to stand up for our pensions?

I started working at Holland because of the pension. I’ll have 25 years in the day after my 57th birthday.

I was counting on a 25 & Out pension. But I can’t count on that anymore. The future of Central States is up in the air, and it’s going to take a serious plan to fix it.

There’s legislation in Congress that would help protect my pension. Hoffa promised he would put Teamsters in the streets to fight for it—but he never did.

The future of our union, our pensions, and our jobs are all at stake. But all we get from Hoffa is hot air.

Now his job is on the line. Is he going to fight for it harder than he fought for our pensions?