Local 804 is ready to FIGHT. And we're ready to STRIKE. Check out this video of our UPS contract campaign kickoff. We're showing management that we're... | By Teamsters Local 804 | Facebook

UPS workers mobilized actions at over a dozen UPS facilities in New York to kick off their campaign for a stronger contract. TDU activists are gearing up to make sure all 8,000 UPS workers in the New York City area are preparing to fight for the contract issues that matter, and strike if we need to. 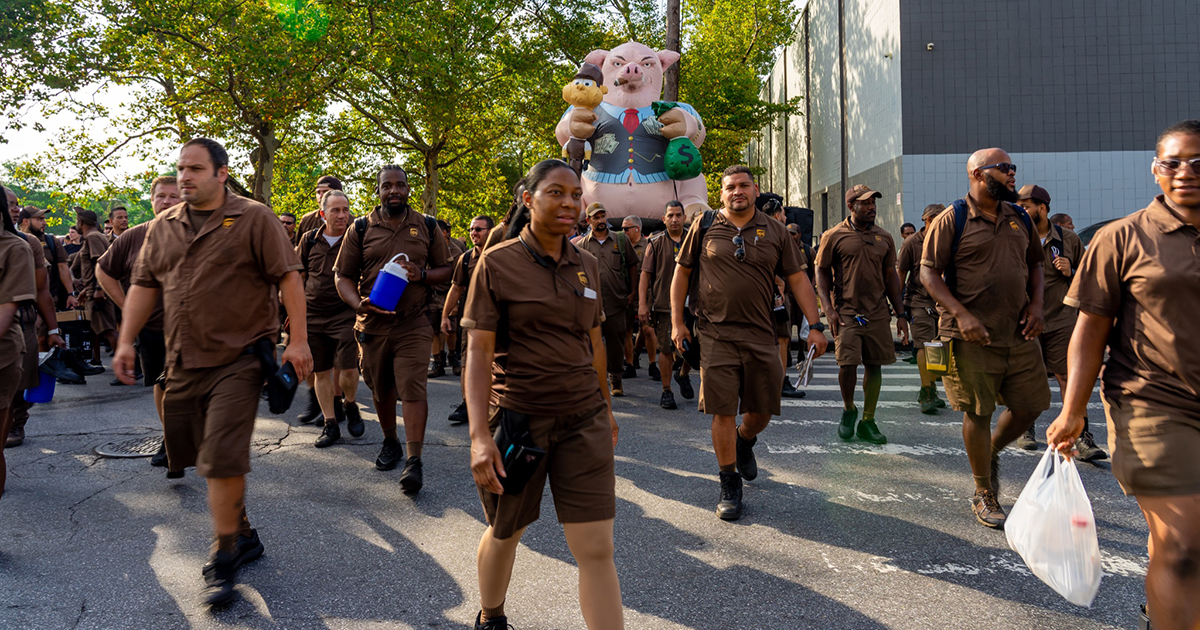 UPS is making billions, but delivery drivers and the part-time workers who load the trucks are passing out from exhaustion in dangerous heat waves. Workers are rallying to say they've had enough and demand UPS invest in more jobs, lighter loads, and better ventilation and air conditioning.

TEAMSTERS TURN UP THE HEAT ON AMAZON 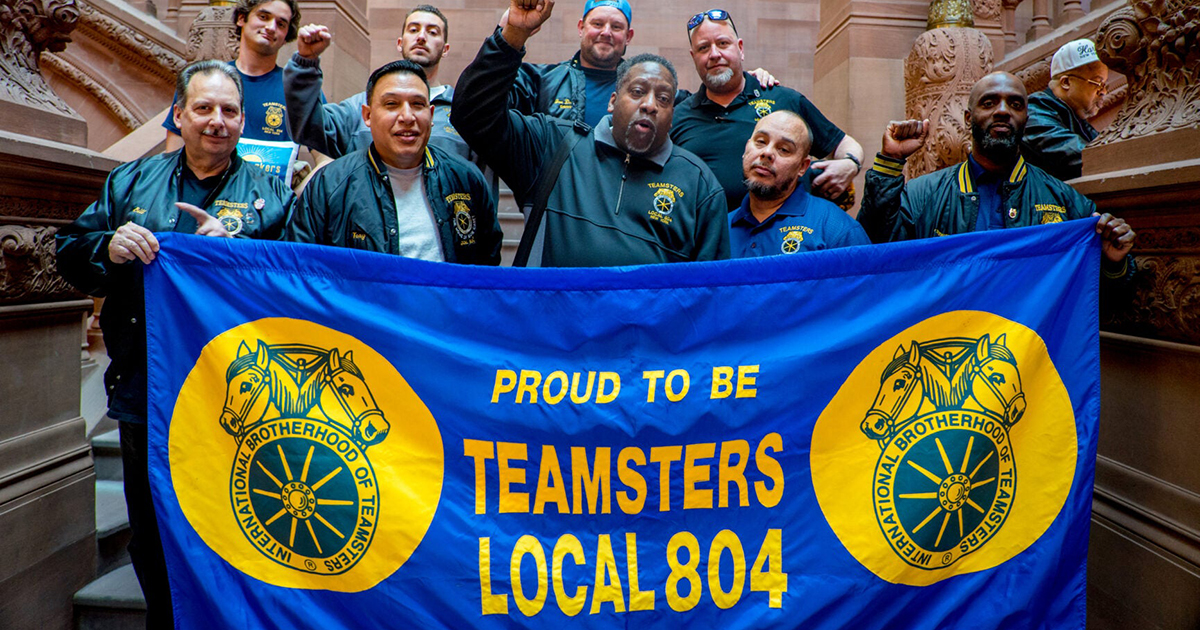 New York Teamsters are letting state lawmakers know they support two key pieces of legislation that would hold Amazon accountable – one defending worker safety in the e-commerce and warehouse industries and another protecting workers, small businesses and consumers from corporate abuses. Click here to read more. 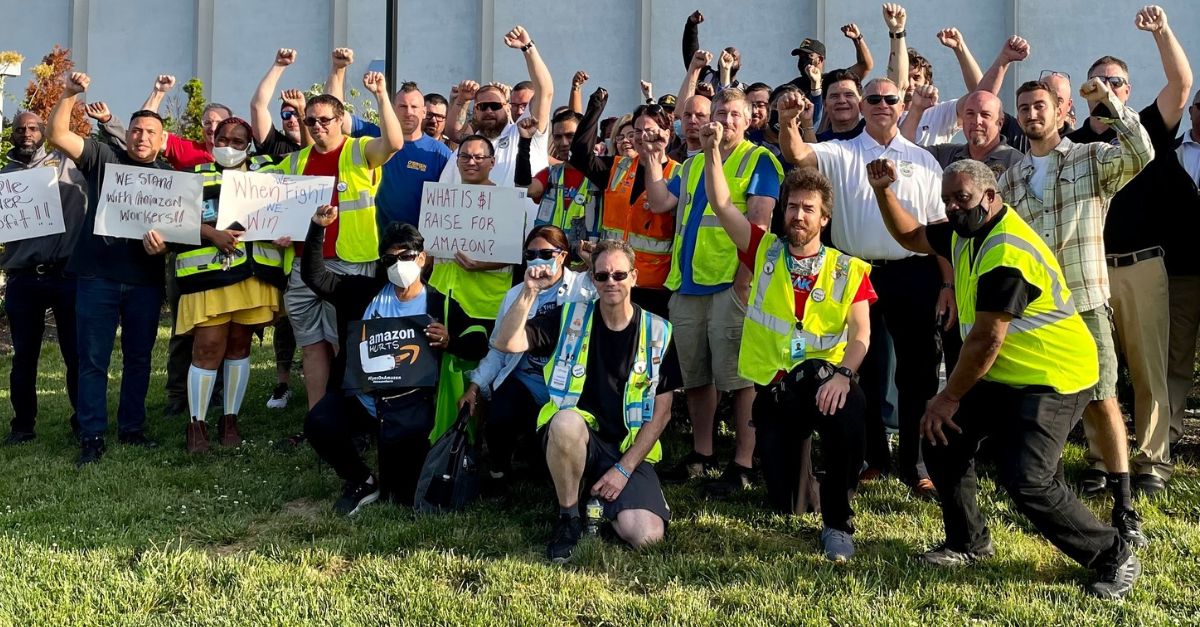 From volunteer organizing to solidarity rallies, members are stepping up to meet the Amazon challenge. Click here to read more.

TEAMSTERS RALLY TO DEMAND UPS DELIVER ON THE DREAM 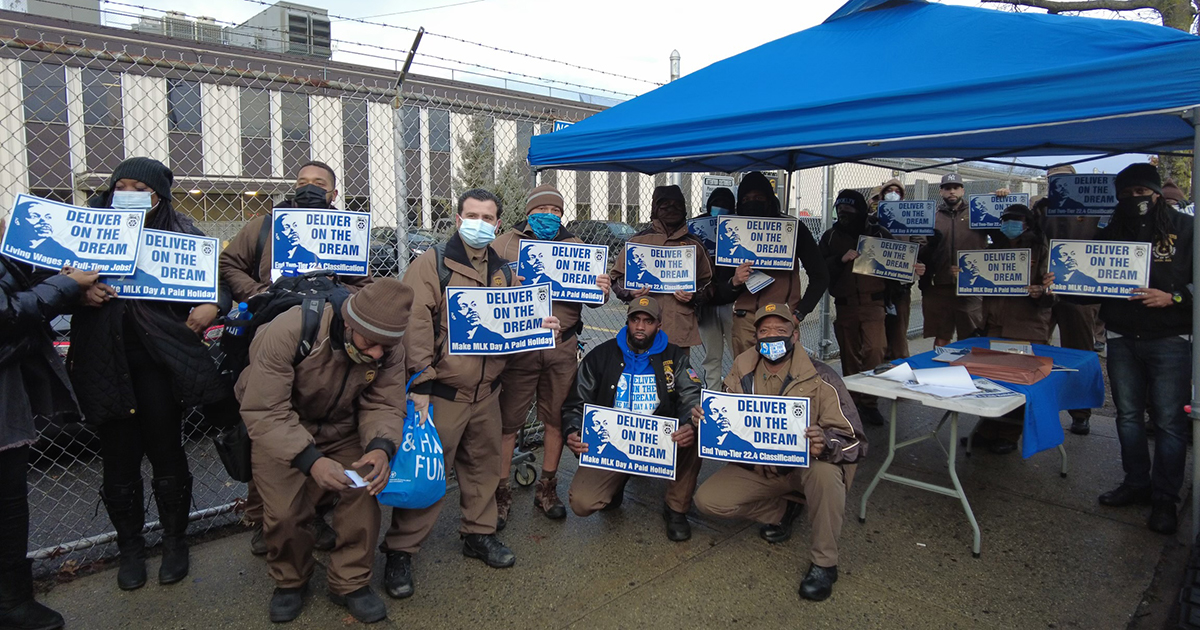 On January 17, Local 804 members participated in a national day of action to tell UPS to Deliver on the Dream by respecting Martin Luther King Day as a paid holiday, ending two-tier pay for 22.4s, and providing living wages and full-time jobs for part-timers. Click here to read more.

NY Teamsters for a Democratic Union is a worker-led, grassroots organization that mobilizes for workplace justice, living wages, and a strong, democratic union.