Leaders and activists from the Teamster pension protection movement were honored at a gala hosted by the Pension Rights Center on October 6 in Washington, D.C. 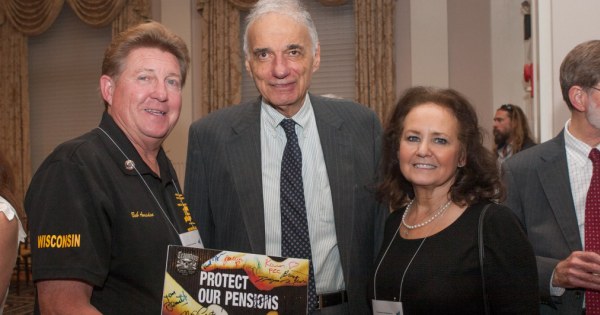 Rita Lewis also spoke at the recent TDU Convention, where she was given an award recognizing her tireless activism to protect Teamster Pensions.  (See photo below of her receiving the award).

More than 200 attended the celebration—including Ralph Nader and many elected officials, attorneys and other pension activists—which provided an excellent opportunity for Teamster activists to network and strengthen alliances as the movement to protect pensions moves forward.

TDU is proud of our long-standing and strong partnership with the Pension Rights Center, and congratulates them on a successful event. 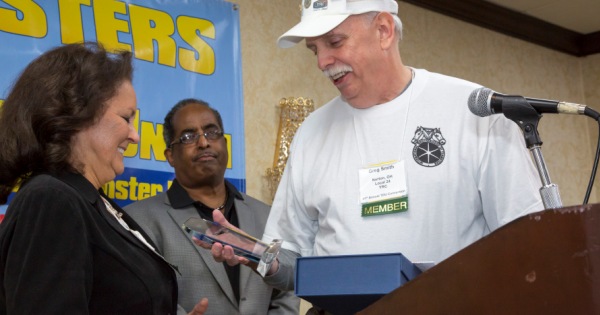