Fed up with information brownouts and contract givebacks, UPS Teamsters in Philadelphia have voted for sweeping reforms in the Local 623 bylaws to give members more power in contract negotiations. 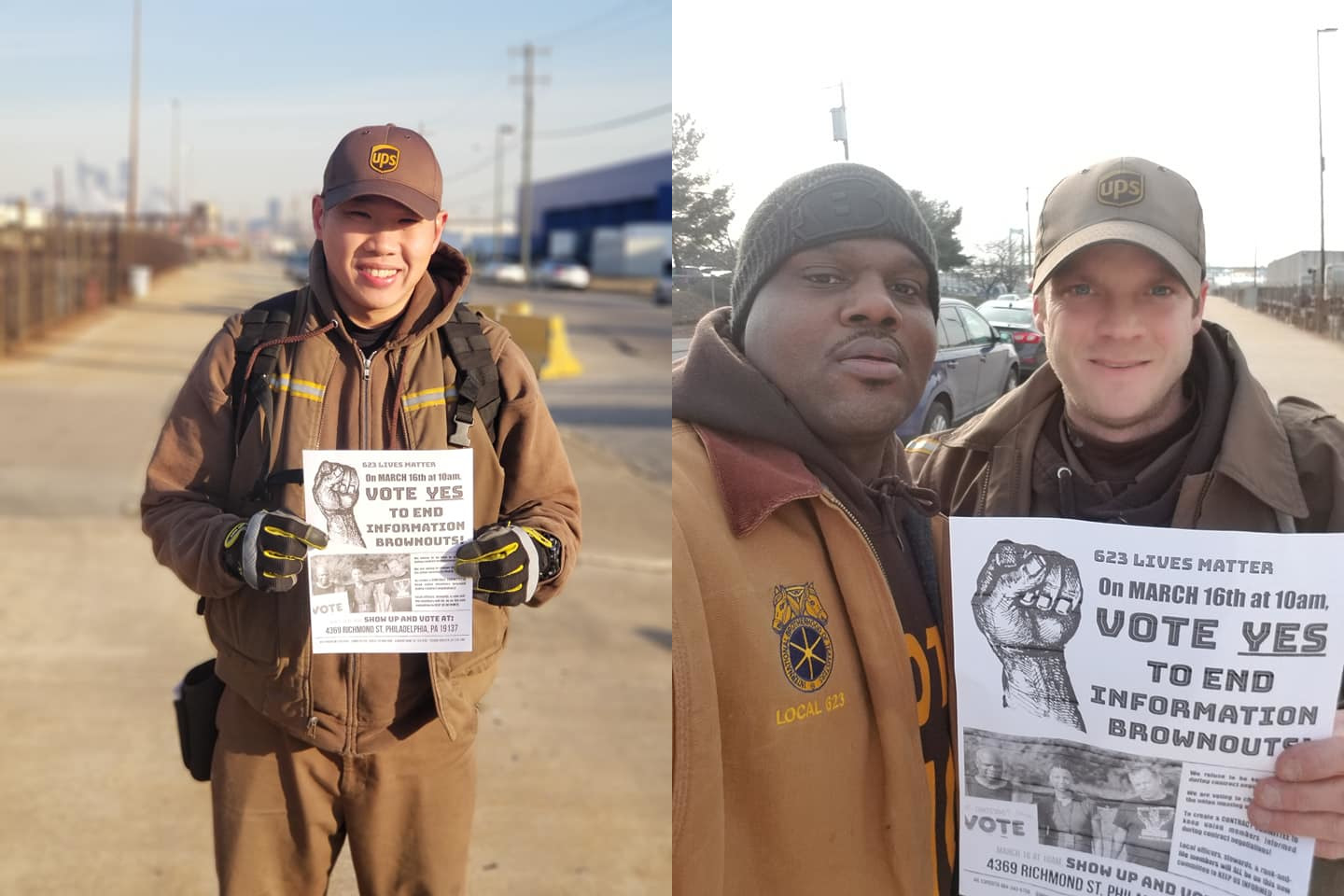 Members packed a union meeting today and unanimously approved a change to the Local 623 bylaws, the constitution of the local union.

The new bylaw requires the Executive Board to establish a Contract Committee with rank-and-file members whenever a new contract is being negotiated.

The Contract Committee "will keep the members informed during bargaining" and "unite and mobilize the membership, and, when necessary, labor and/or community support to win the strongest possible contract."

The bylaws reform campaign was organized by Richard Hooker and the 623 Lives Matter, a rank-and-file movement organized by UPS workers after the 2013 UPS contract negotiations. Hundreds of members signed a petition supporting the change.

But facing a packed room of members, and with one eye on their local election this fall, the officers offered no resistance and the bylaws change was adopted unanimously.

"Today showed that if you work together and get the members involved we can win change in our union, Hooker said.